Eat Bulaga host Maine Mendoza, the Yaya Dub of local show business reigns supreme and remains to be the queen of Twitter in the Philippines.

The celebrity and social media influencer has been hailed once again as the 2019 “Most Tweeted About” celebrity followed by Kapamilya actress Maymay Entrata, Kisses Delavin, and Kapuso actor Alden Richards, her former AlDub love team partner. 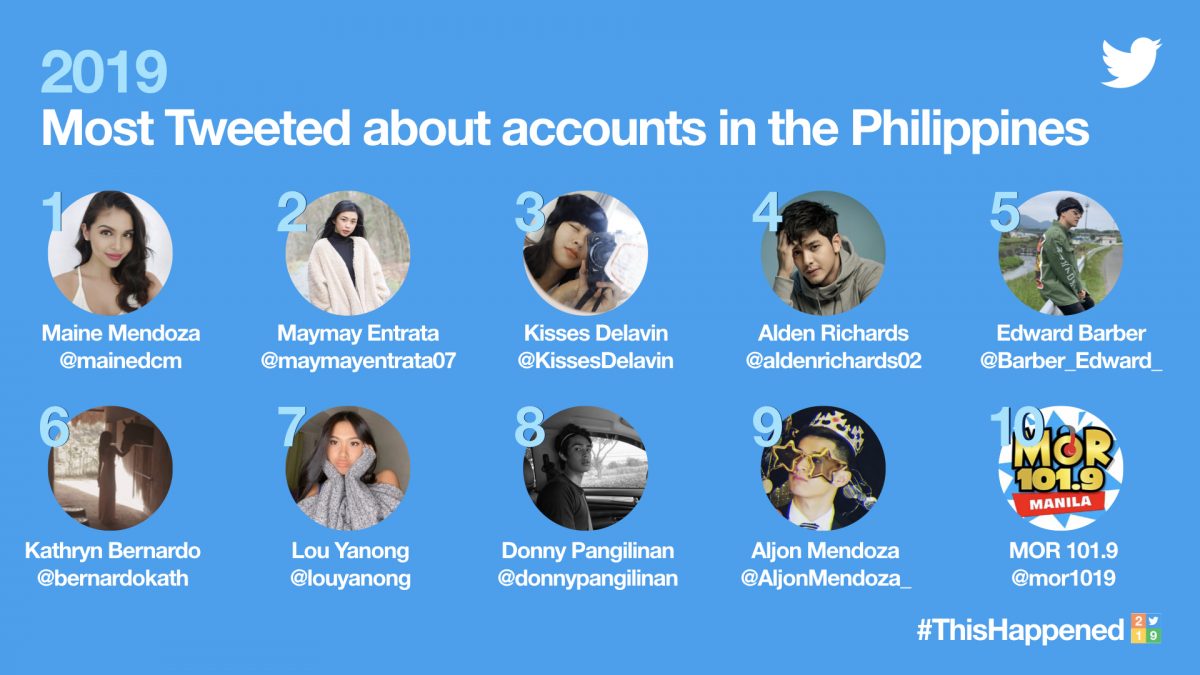 The Daddy’s Gurl star holds the record for two years now after she topped the list in 2018.

The hashtag #MaineMendoza also jumped from 5th place in 2018 to the top spot of the Most Used Hashtag list in 2019 released on December 10.

In August 2018, the Guinness World Record recognized her and Alden Richards during the Hashtag Day after their #AlDubEBTamangPanahon was used more than 4 million times within 24 hours in Twitterverse, from October 24 to October 25, 2015, breaking FIFA Twitter records.

The actress and host have been blessed with a fruitful year. Aside from the message of love she received from world-famous poet Lang Leav, Maine also had product endorsements with MAC Cosmetics, Vivo, and other products.

Maine was also paired with ABS-CBN star Carlo Aquino in a romantic movie Isa Pa With Feelings while still being busy with her sitcom Daddy’s Gurl on the GMA Kapuso Network.

SEND congratulations in the comments below to Maine Mendoza and her fandom for making her the top-ranking 2019 Most Tweeted About Account and Celebrity Hashtag!