Miss Universe Catriona Gray’s national costume for the pageant is going on tour in Philippine museums this 2019.

The National Quincentennial Committee (NQC) confirmed to GNP that it is now coordinating with Gray’s camp to schedule the museum tour of the LuzViMinda costume which the 4th Miss Universe from the Philippines wore during the pageant in December 2018.

The LuzViMinda national costume was among Gray’s pageant clothing which championed the Philippine colorful heritage and Filipino artistry.

The committee began the national tour of the beauty queen’s national costume for Miss Universe when it opened its doors for the first public viewing at the National Historical Commission of the Philippines (NHCP) in celebration of Rizal Day on December 30, 2018.

The NQC, charged with the preparation of the 500th anniversaries of Lapu-Lapu’s victory in Mactan, the achievement of mankind in circumnavigating the world, and the introduction of Christianity to the Philippines, displayed Gray’s national costume at the NHCP Building lobby in Kalaw St., Ermita, Manila for a one-day free public viewing.

In the press conference for the launching of the NQC Secretariat, NHCP Chairman Dr. Rene Escalante said that it was the very first time the commission displayed a national costume used in an international pageant.

“Kasi nga (Because), it’s one of a kind,” Escalante said as it embodies the upcoming Philippine celebration’s theme on “500 years of Valor and Victory” in the year 2021.

The NHCP commended Catriona Gray’s national costume as it captured the “thousands of years of history of the Filipino people – an embodiment of the time that our history did not just start in 1521.” After the pageant, the commission requested to display the national costume in different museums through a letter – a request which the newly crowned Miss Universe immediately granted.

Jearson Dimavivas designed the costume ensemble which was dubbed, “Magdiwang, Lumaban, Pagyamanin” or “Celebrate, Fight, Enrich” which paid tribute to the three major group of islands in the country – the Luzon, Visayas, and Mindanao.

“Magdiwang (Celebrate)” refers to Luzon represented by the giant “parol (lantern)” created by Kapampangan Christmas lantern maker Eric Quiwa with Rhyann Andrade as LED lighting installer. The colors blue, red, yellow and white were inspired from the Philippine flag while the brass border done by Tomas Ramirez was patterned after Philippine Baroque Churches that were declared as UNESCO Heritage Sites. 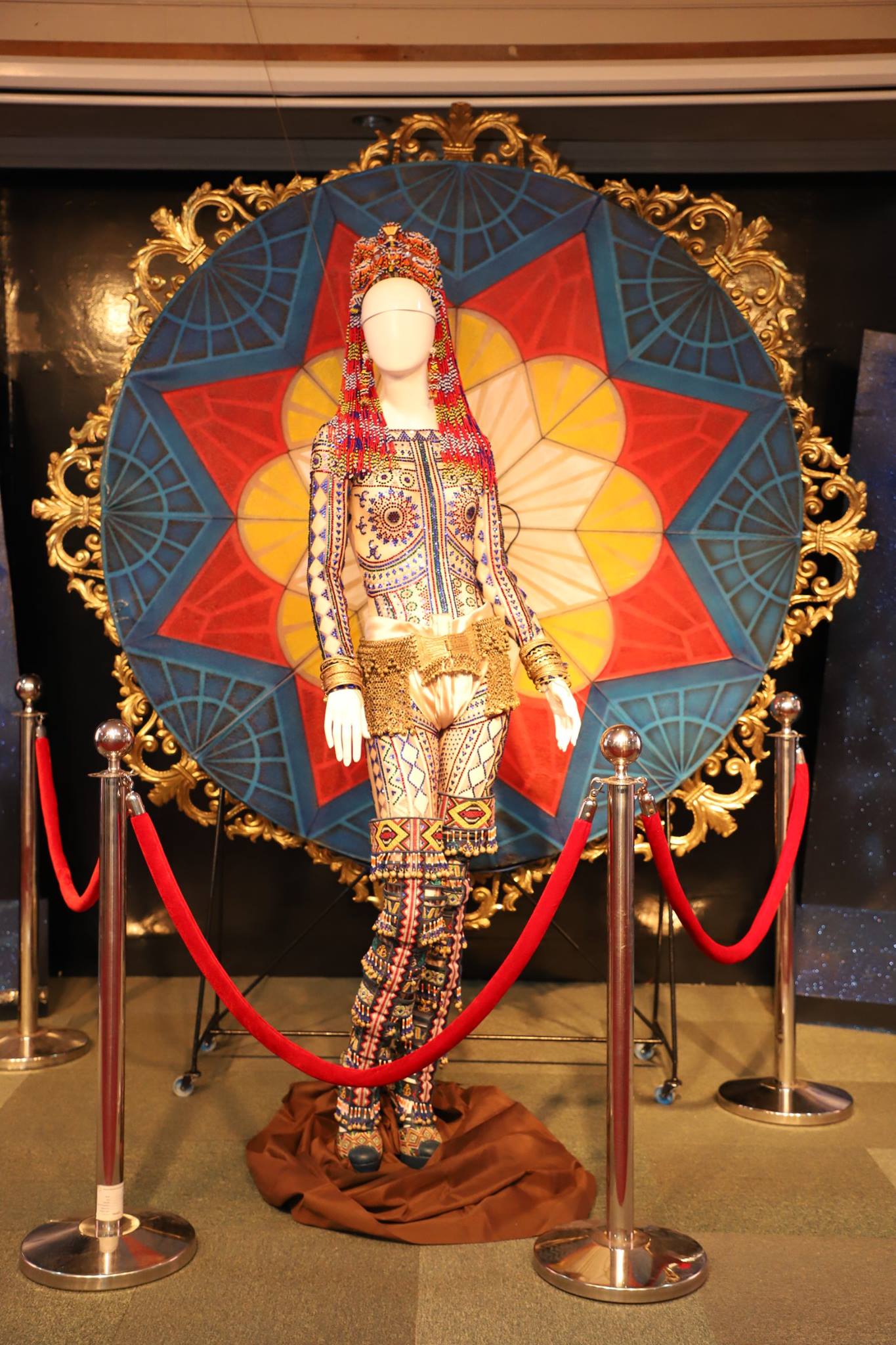 The back of the Christmas lantern displayed icons and symbols taken from Philippine history painted in the style and manner of National Artist Carlos “Botong” Francisco executed by the 13 fresh Fine Arts graduate from the University of Santo Tomas.

“Lumaban (Fight)” is the Visayas representation through a body suit designed with marks and patterns inspired from Pintados or pre-colonial Filipino warriors as depicted and based on the 16th century manuscript Boxer Codex. 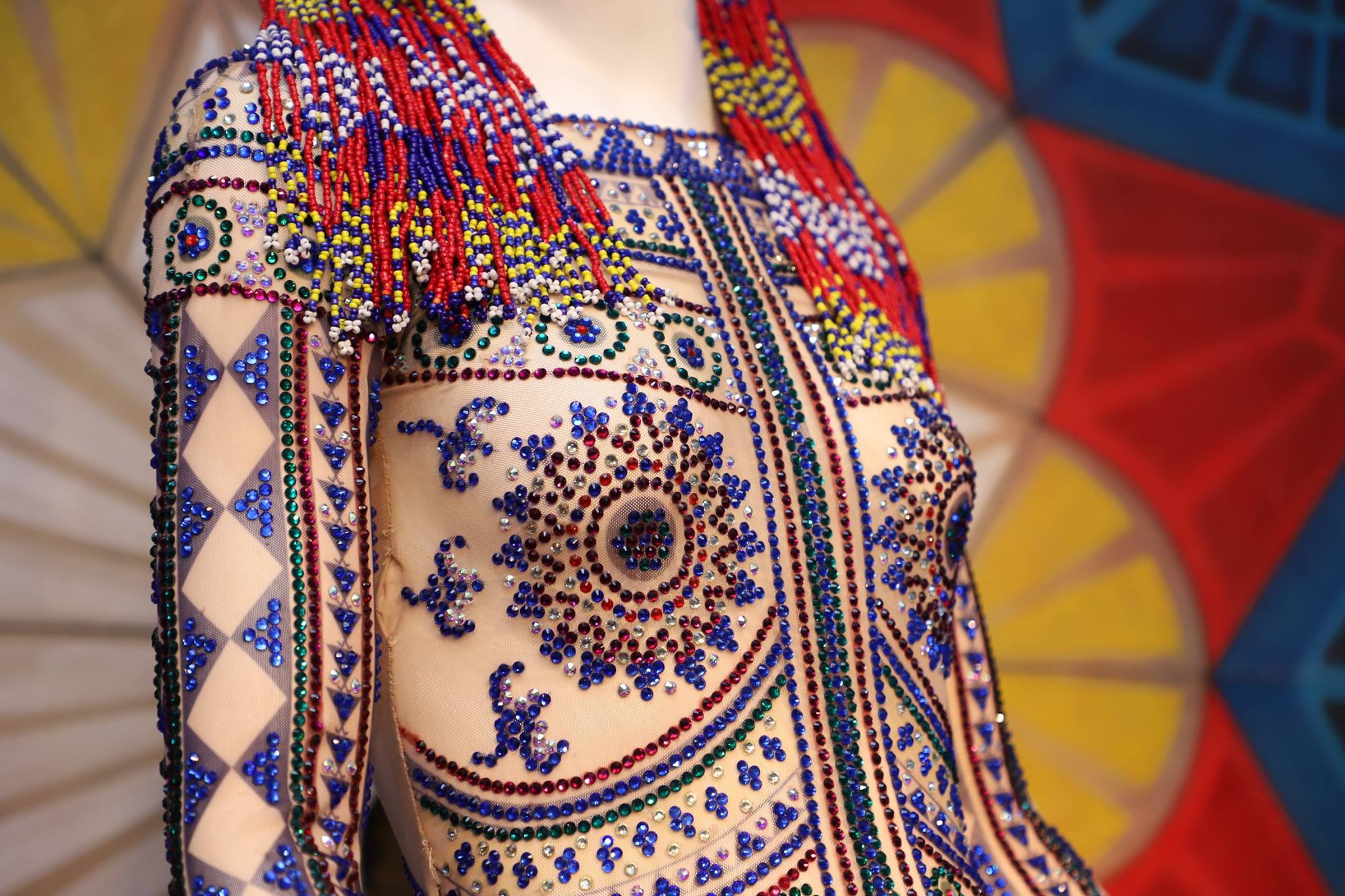 “Pagyamanin (Enrich)” represented Mindanao through a beaded headdress, brass belts and accessories from the Tboli people of South Cotabato. Gray’s pair of boots was also made from native textile from various lumad groups in Mindanao.

Gray broke the tradition of wearing Maria Clara, Filipino terno, Muslim princess, or Sarimanok-inspired costumes to represent the multi-ethnic, multi-cultural and multi-lingual country of the Philippines. 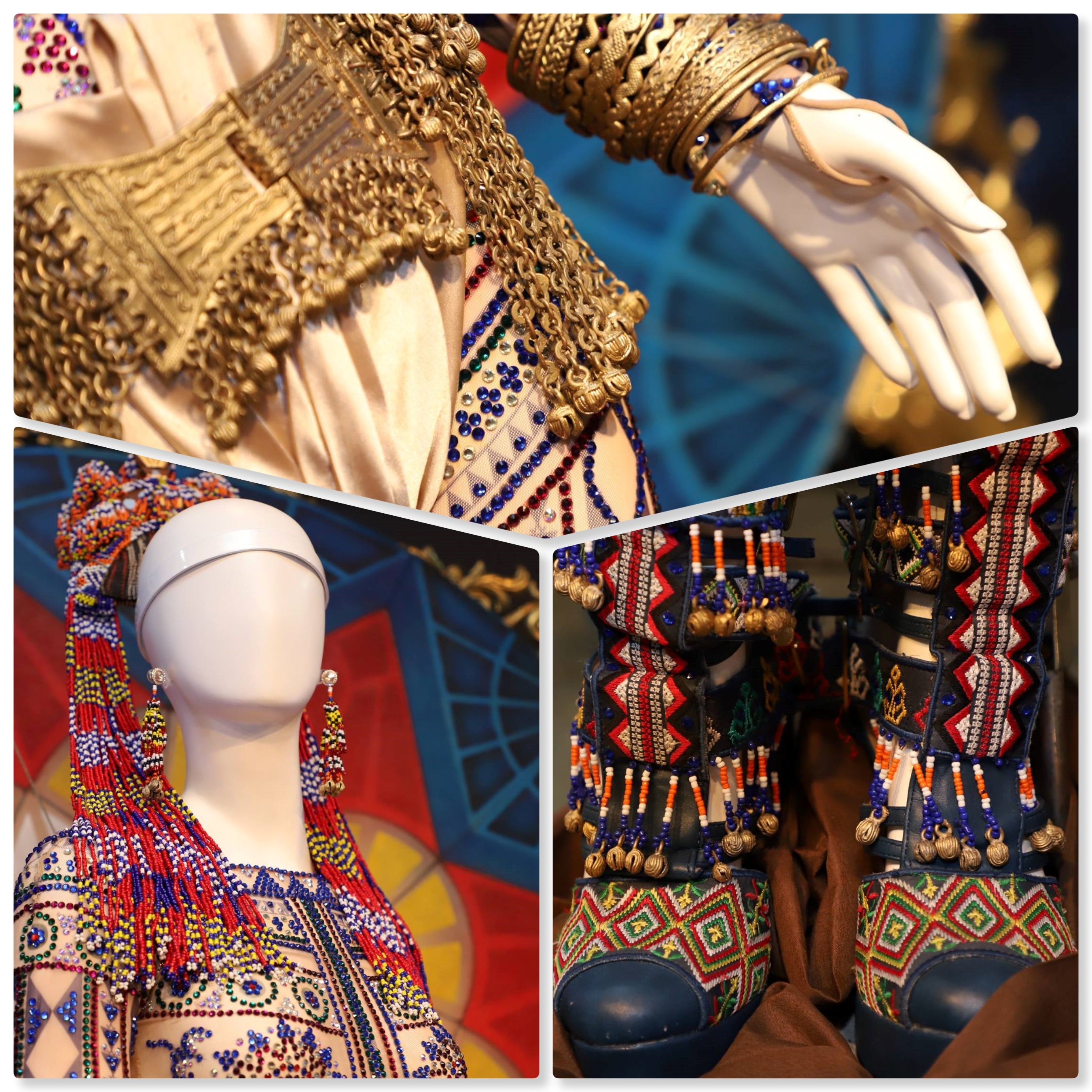 Miss Universe Catriona Gray was able to showcase the LuzViMinda costume with pride and grace as “she brought with her the weight of the triumphs, tragedies, and most of all, the greatness of the Filipino people.”

Catriona Gray’s pageant coach and trainer Carlos Buendia Jr. shared in the press conference that the new Miss Universe from the Philippines was visibly touched when they received the request from NHCP.

The national tour of the LuzViMinda costume’s schedule and public viewing dates will be announced after the plans are finalized with Catriona Gray.