The Philippines is all set to welcome back the reigning Miss Universe 2018 Catriona Gray in grand homecoming festivities fit for the beauty queen who is carrying Filipino Pride on the world stage.

The Filipino-Australian beauty who traces her roots from Albay became the country’s fourth Filipina winner of the Miss Universe title, following Pia Wurtzbach in 2015, Margie Moran in 1973, and Gloria Diaz in 1969, on a platform of using her reign to advocate positivity and education of children.

The Filipina Miss Universe is scheduled for two homecoming parades around Metro Manila where thousands of fans and supporters are expected to flock to see and greet Catriona garbed in the creations of Mak Tumang, the Kapampangan designer who made her “Ibong Adarna” and Mayon lava-red gowns for the Miss Universe preliminary and finals night.

Gray is also scheduled visit to various organizations close to her heart such as Young Focus, LoveYourself PH and Smile Train during her stay in the country, along with courtesy calls in different offices of government leaders such as Vice President Leni Robredo.

Binibining Pilipinas Charities, Inc. (BPCI) together with the Araneta Center have been working with Miss Universe Organization for the Filipina beauty queen’s victory celebration.

The following is Miss Universe Catriona Gray’s homecoming schedule in the Philippines as released by the homecoming organizers:

On Thursday, Catriona Gray will be riding a Fritz Silorio-designed 9 x 30-footer float with the colors of Mak Tumang’s red-hot lava gown worn by the Miss Universe queen when she won the title in Thailand. Details of the float are patterned after the Mikimoto crown bestowed upon the Filipina beauty queen. 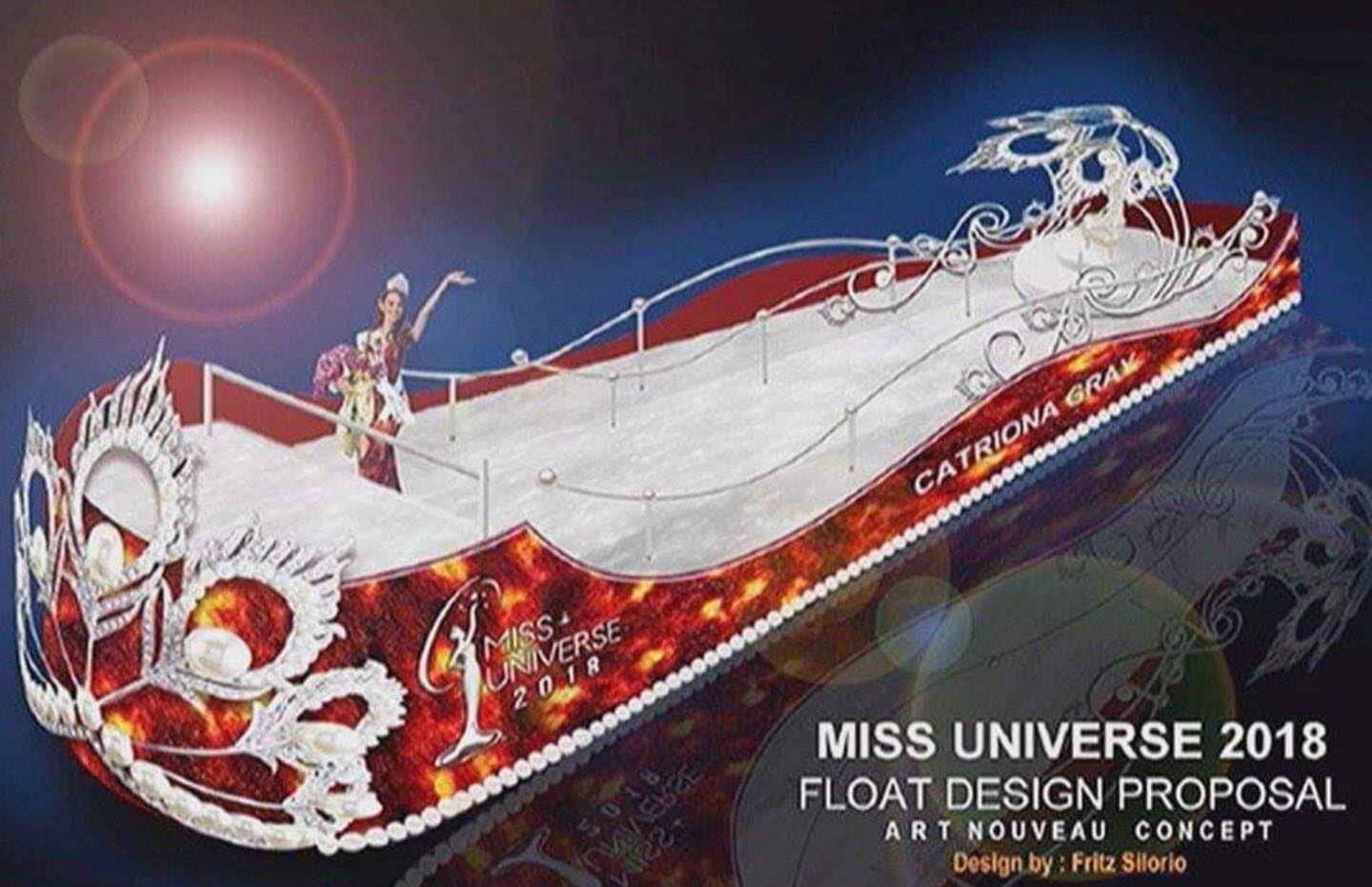 On Saturday, the Araneta Center will host a Grand Parade for Catriona Gray starting at 4PM:

On Sunday, a thanksgiving show will be held at the Smart Araneta Coliseum in Cubao, Quezon City for the reigning Miss Universe from Albay, Catriona Gray.