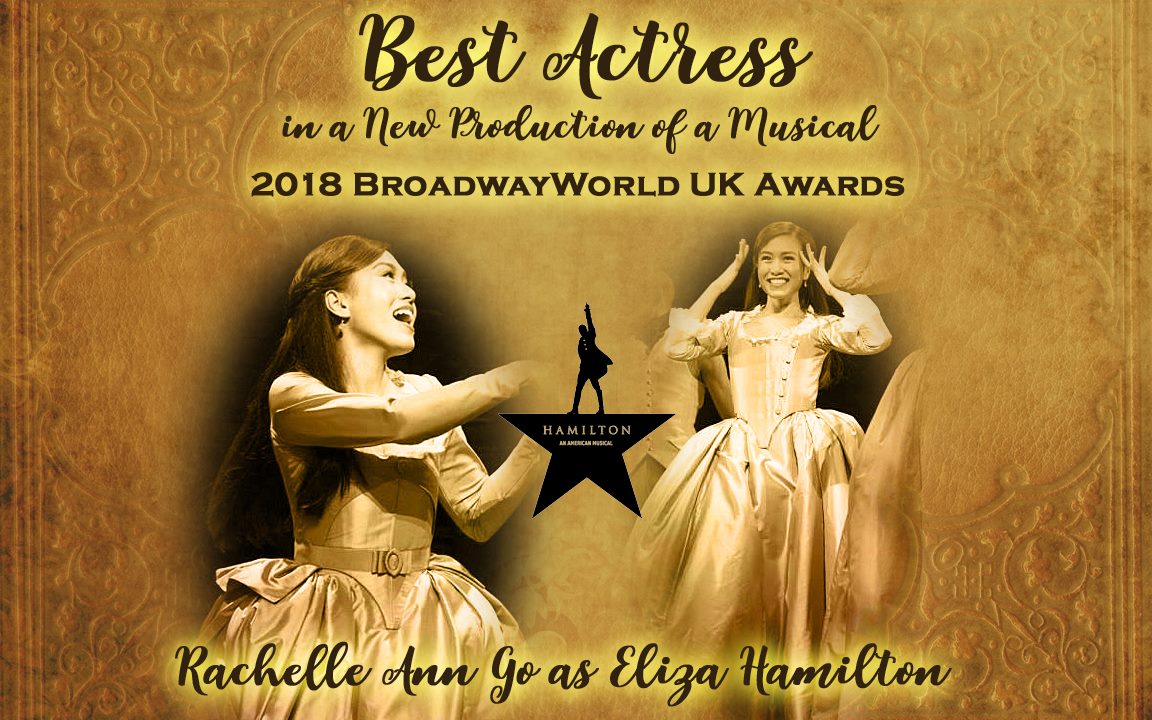 What an accomplishment for Filipina musical theater actress Rachelle Ann Go as she continuous to wave the Philippine flag on the international music stage, now snagging another Best Actress award from the BroadwayWorld UK.

Go has been named Best Actress in a New Production of a Musical by leading theater site BroadwayWorld on Wednesday for her role as Eliza Schuyler in the West End production of Lin Manual Miranda’s Hamilton.

BroadwayWorld announced Go’s winning Best Actress along with the other winners on November 28 saying the public votes for “the awards celebrate the best long-running West End productions and best new productions from around the country.”

The 32-year old best actress winner showed her appreciation for the award as she posted thanks on her social media.

Hamilton West End thanked everyone who voted for the show and cast members who won awards: Rachelle Ann Go as Best Actress, Go’s co-stars Giles Terera and Jason Pennycooke as Best Actor and Best Supporting Actor, and for Hamilton as Best New Production of a Musical.

It was in January this year when Go joined West End production of the hip-hop musical with Filipino actors Christine Allado and Maria Reynolds.

Go who has been previously recognized for her stunning performance for her role as Fantine in “Les Miserables,” also won Best Supporting Actress trophy from WhatsOnStage Awards 2015 and Best Featured Actress in a Musical from Theater Fans’ Choice Awards 2017 both for her role as Gigi Van Tranh in the West End revival of stage musical “Miss Saigon.”

The BroadwayWorld UK award for Rachelle Ann Go is the first recognition for the Philippine born and raised actress and singer for her performance on Hamilton, a hit Broadway musical depicting a retelling of the life of United States Founding Father Alexander Hamilton.