The Liter of Light’s initiative of providing free solar lights to poor Filipinos through the Light it Forward Challenge has been named the recipient of the prestigious Asia Pacific Social Innovation and Partnership Award (APSIPA).

The solar lighting movement is bringing light source to Filipinos still living in darkness while giving inspiration and honor to our mighty workers in the frontline battle against COVID-19 as each solar advocates dedicate their solar lamp to them.

Even ordinary people are encouraged to participate and join the noble movement along with famous celebrities like Amy and Edward by dedicating 20-30 minutes of your time.

Join the LIGHT IT FORWARD challenge and be a light to others. 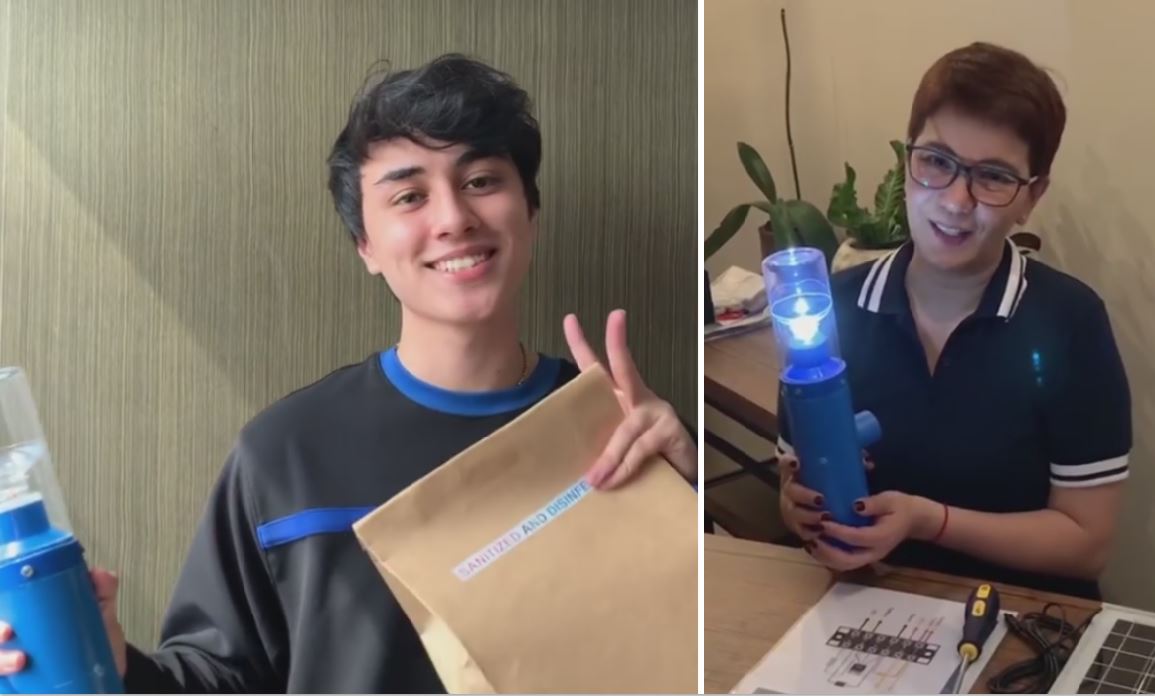 Amy is a popular radio and TV presenter who is best known for her quirky side in ABS-CBN’s noontime show ‘It’s Showtime.’

The comedienne made a very informative video where she puts the goal of the LIGHT IT FORWARD challenge flashed on the screen while discussing the assembly process and uploaded it on August 19, 2020, on Instagram.

The TV host assembled the low-cost, environment-friendly solar lamp with the help of her youngest son Seyah and her husband Carlo Castillo.

During the process, Amy made the solar light with no hint of struggle as she happily bonds with her son while intricately putting every piece together.

In just the first attempt, the ‘It’s Showtime’ host successfully lit the lamp while flashing a very insightful trivia on the screen that says:

“The Bottle Light is a portable light unit mounted on a PVC pipe and comes with a 9-watt solar panel. It can light an area up to 50 sq.m and has durable steel on and off push button.”

“Proud that I was able to assemble the Bottle Light with the help of Carlo and Seyah. This portable light unit will help communities that up to now ay wala pa din silang kuryente,” Amy captioned her video.

Edward Barber is a rising teen star who is a product of ABS-CBN’s reality show ‘Pinoy Big Brother’ and is currently a VJ in the music channel – MYX.

The teen idol was challenged by his acting coach and Encantadia star Ana Feleo and shared his video online on August 23, 2020.

Barber started off by advocating the spread of good deeds to others.

“We have to remember that nowadays, especially in 2020, there are many things going wrong all over the world and we’re charged with the duty and honor of being a source of light to many Filipinos all over the world,” said Edward.

The MYX VJ already finished the assembly process but he showed the viewers how he put together the light kit neatly and shared that it will later help Filipinos without a light source.

After the teen star’s moving message, he nominated some of the closest people to him who also shared the same advocacy. It includes other MYX VJs like Anton Fausto, Robi Domingo, Ai Dela Cruz, Samantha Marie Alvero, Danielle Angela Fuerte, and his friend Kyle Echarri.

The APSIPA-awarded Light it Forward campaign is led by the Liter of Light Foundation in partnership with GoodNewsPilipinas.com and the Rotary Club of Makati Business District.

SEND CHEERS in the comments below to TV hosts Amy Perez and Edward Barber for joining the Light it Forward challenge to hand-build solar lamps for the energy-scarce villages in the country.