Fourteen Pinoy singers collectively nicknamed by Ortiz and Ferrer as Taumbayan answered the open call for advocates to record the song with no monetary remuneration.

The Louie Ocampo and Joey Ayala collaborative song produced by Moy Ortiz and Noel Ferrer, was officially released to radio stations on May 1 after being recorded on April 27.

GoodNewsPilipinas.com Managing Editor and Executive Producer Angie Quadra-Balibay together with Associate Video Producer Krizzia Nieva with the GNP Team also answered the call for advocates and produced the lyric video released April 30 and the subsequent artists music video released on May 7 on Good News Pilipinas! TV and to television and video sites.

The song has been playing on various radio networks including the following: 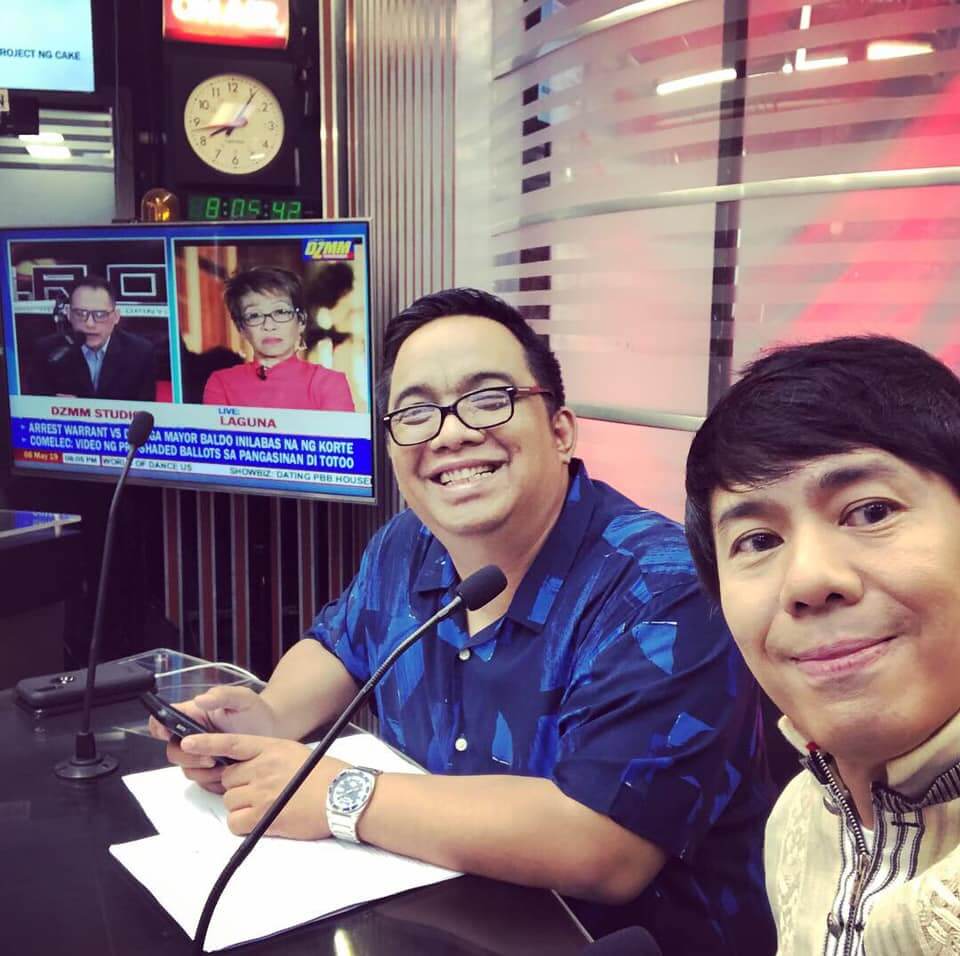 The music videos and interviews have also been aired on television shows and online video platforms: 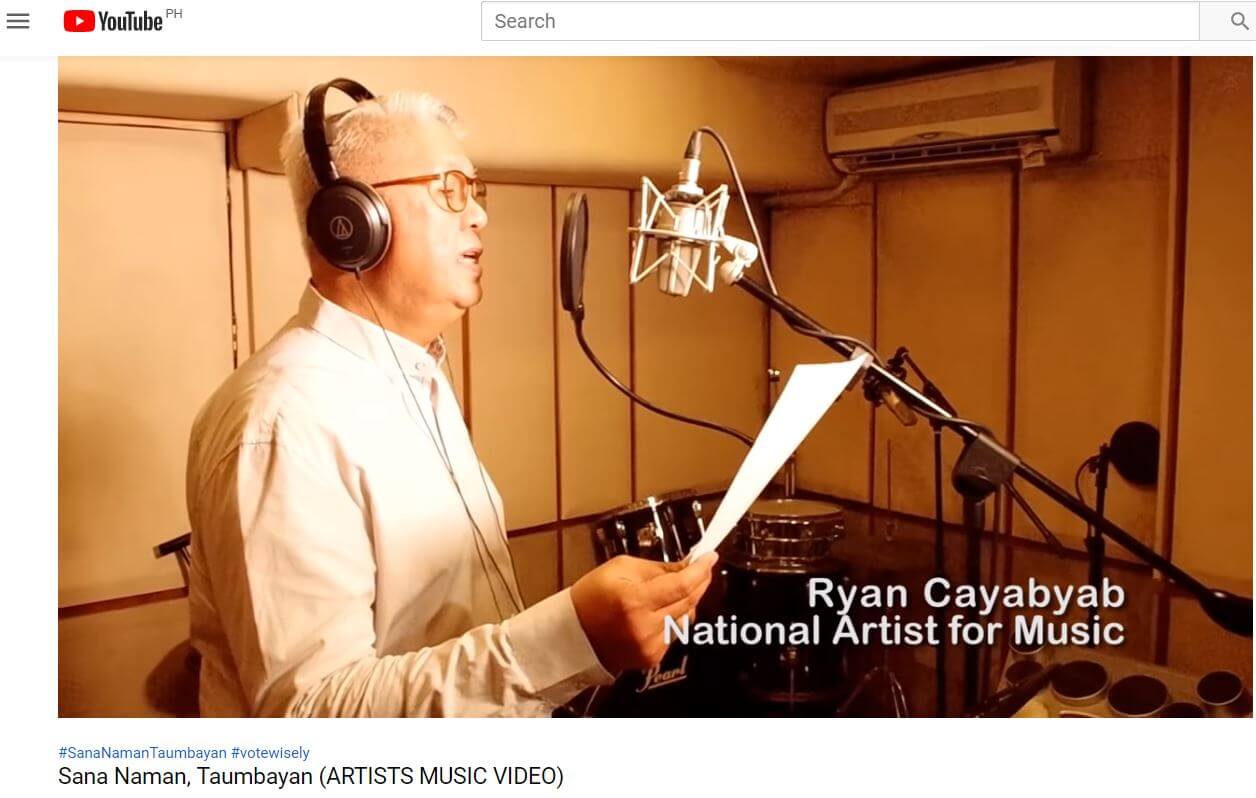 The station manager of Diocesan community radio stations 95.9 Radyo Totoo and 99.1 Spirit FM, immediately answered the call for the song’s inclusion in their program playlist telling the producers, “Thank you for the opportunity to play this song via our radio station and for giving us a chance to take part in changing our nation’s political landscape by changing the kind of leaders that deserve our vote.

Nagpapasalamat din kami sa pagkakataong makapag ambag sa pagpapa-alala sa halaga at dangal ng boto. Ang aming istasyon ay bukas sa ganitong uri ng mga adbokasiya (We are thankful for the chance to contribute to the awareness campaign about the value and sanctity of the vote. Our station is open to these kinds of advocacy).” – Fr. Ilde Dimaano of Radyo Totoo and Spirit FM. 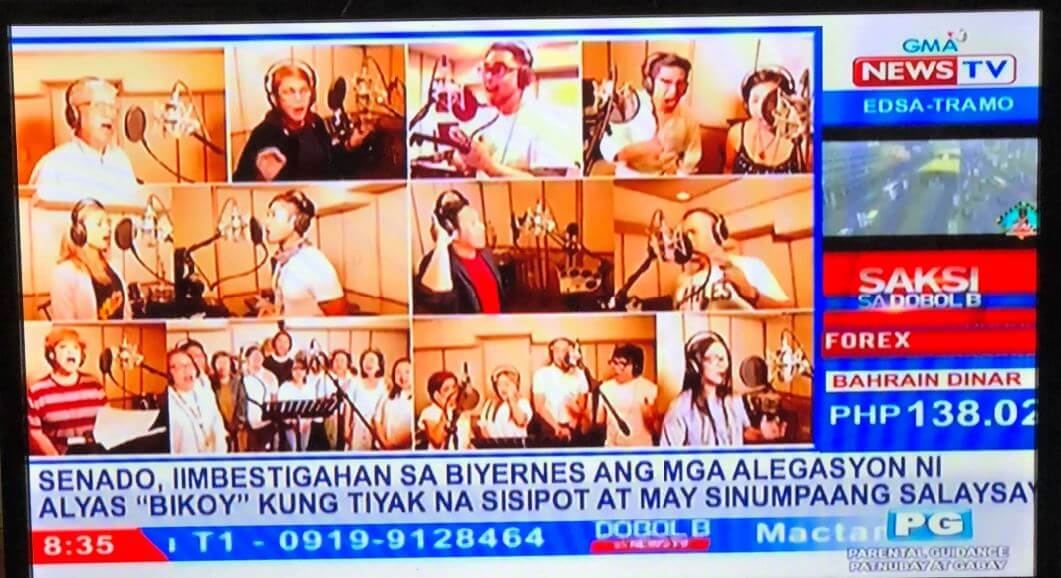 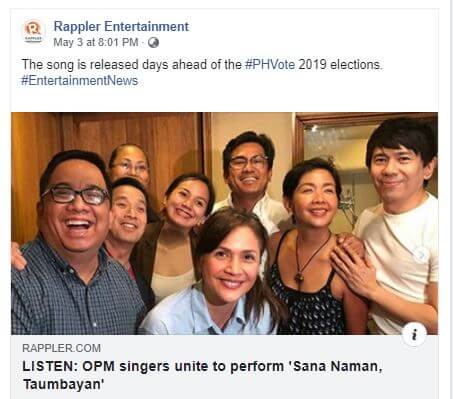 Campus radio stations quickly picked up the song for airplay. De La Salle University -Dasmarinas 95.9 Green FM played the song hourly. “The song’s executive producers Noel Ferrer and Moy Ortiz mentioned in an interview with GoodNewsPilipinas.com that getting the song to the people will be a challenge. We saw that as an opportunity for 95.9 Green FM to help because we are a terrestrial campus radio station that also live streams programs online. When we were given access to the song, we immediately decided to play it hourly because its message of hope for the Philippines really needs to be heard by as many people as we can reach before the May 13 elections,” said Krizzia Nieva, Green FM Programming Director. 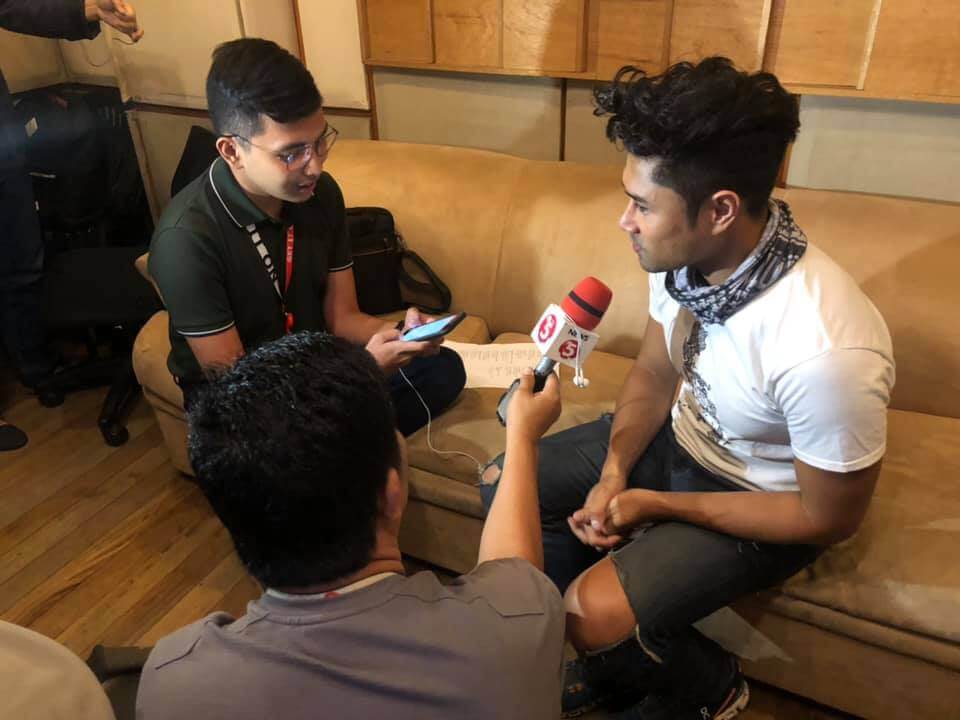 In New Zealand, the song received immediate airplay. “We’re hopeful that thru music we can have clean, orderly and honest elections,” said Rene Nonoy Molina of Kulaypinoy Radio-TV New Zealand. 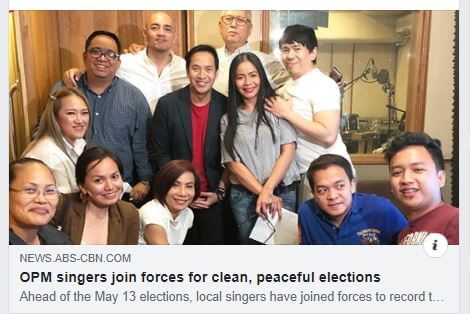 The message of the song itself and its journey towards being played on air and on various media platforms reveal many valuable lessons and insights. Good News Pilipinas lists just 5 of the messages delivered by “Sana Naman, Taumbayan”:

Sana Naman, Taumbayan poses a question to Filipinos, directing their attention to carefully consider their decision about who to vote into the nation’s leadership.

The song speaks of the hope that the new leaders of the nation will be great leaders and asks the listener to choose wisely, favoring those who have untarnished reputation, are loyal to the country, and keep the nation’s interest at heart.

The song directs a question to candidates, for would-be servant-leaders to be guides for the people and direct the nation towards a better Philippines.

The unity song brought together Pinoy artists from differing persuasions in an effort to show love and protect the nation. The message is clear – band together despite differences, for love for the Philippines.

Louie Ocampo says the song “came to life in time for a crucial elections amidst a country divided because of politics. The song is a stand for free, honest, orderly, and peaceful elections that transcends our individual beliefs.”

The song and the videos are free to use in non partisan airings and performances intended to promote free and honest elections in the Philippines. WATCH the video and tell us in the comments below your own thoughts on how we can all work towards a better Philippines.