Five world-class Filipino athletes got together this week and pledged to fight for the Philippines at the 2019 Southeast Asian Games and the 2020 Tokyo Olympics.

These five athletes made the headlines not only in the Philippines but around the world as they showed grit and passion in their battles on foreign lands.

Here’s a quick guide to these Filipino sports champions who have been carrying the Philippine colors in their respective sports. 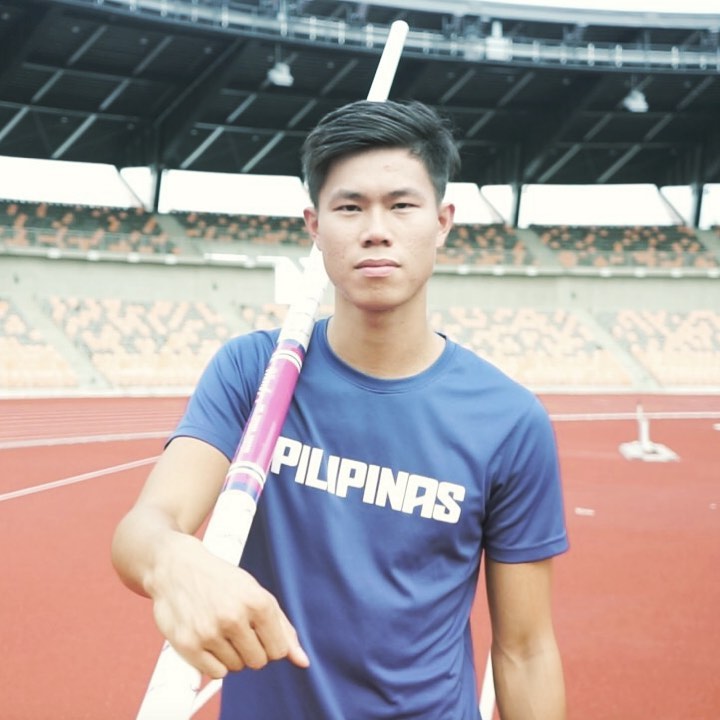 The 23-year-old pole vaulter secured the Olympics berth when he met the Olympic Standard of 5.80 meters for men’s pole vault at the Salto Con L’asta In Piazza Chiari 2019 in Italy on September 3 and actually recorded 5.81 meters.

On his way to claiming the Olympics spot, the 6-foot-1 Filipino pole vault champion bagged gold at the 2019 Jump and Fly – Baxter Meeting held in Germany.

The University of Santo Tomas student is the current World University Champion after winning the gold at the Napoli Summer Universiade Pole Vault Athletics.

EJ Obiena shared with Good News Pilipinas his gratitude to all who supported him, especially through the career-threatening injury he nursed in 2018. He also wants more Filipinos to know more about pole-vaulting.

“I want to promote the event. and I want to show them that Filipinos are capable of being good in pole vaulting and that it can be a great source of medals for our country,” said EJ Obiena.

EJ Obiena is competing at the 30th Southeast Asian Games this December and is the Philippines’ medal hope in the 2020 Olympics in Tokyo, Japan. 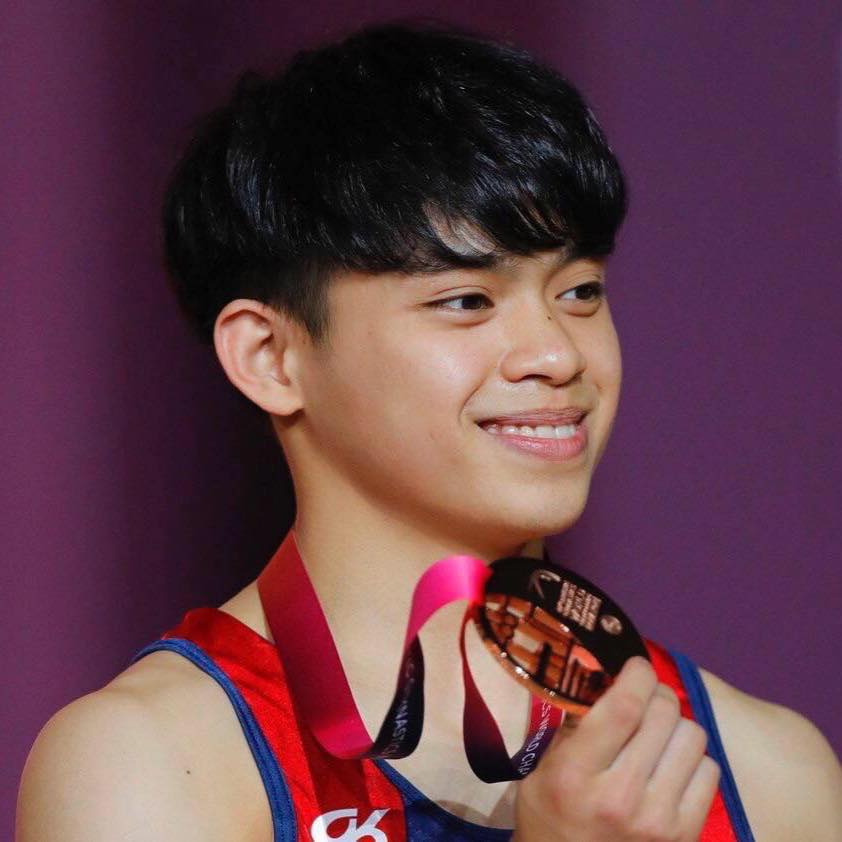 Carlos “Caloy” Edriel Yulo is the 2nd Filipino qualifier to the 2020 Olympics in Tokyo, Japan.

Caloy Yulo secured his Olympics berth on October 8 as one of the finalists at the 49th FIG Artistic Gymnastics World Championships.

The Filipino champion gymnast eventually struck gold in the same tournament on October 12, where the Philippine National Anthem was heard for the first time as the 19-year-old delivered a historic first win for the Philippines at the FIG Worlds. Yulo improved on his also-historic Bronze Medal finish at the 2018 edition of the FIG held in Doha, Qatar.

Caloy Yulo trains in Japan under coach Munehiro Kugimiya with the support of the Gymnastics Association of the Philippines. Yulo is competing at the SEA Games and the 2020 Tokyo Olympics.

Hidilyn Diaz is a 3-time Olympian who gave the Philippines a Silver at the Rio Olympics in 2016. Diaz, the first Filipina athlete to secure an Olympic medal.

Diaz, who hails from Zamboanga City, won 2 bronze medals in September at the 2019 IWF World Weightlifting Championships in Thailand.

“I love what I’m doing, I love to represent my country, and I will do my best for the love of my sports and my country,” the Filipina weightlifting champion posted on social media.

Hidilyn Diaz is competing in the weightlifting events at the 2019 SEA Games as she continues to rack up points to secure a berth to the 2020 Olympics. 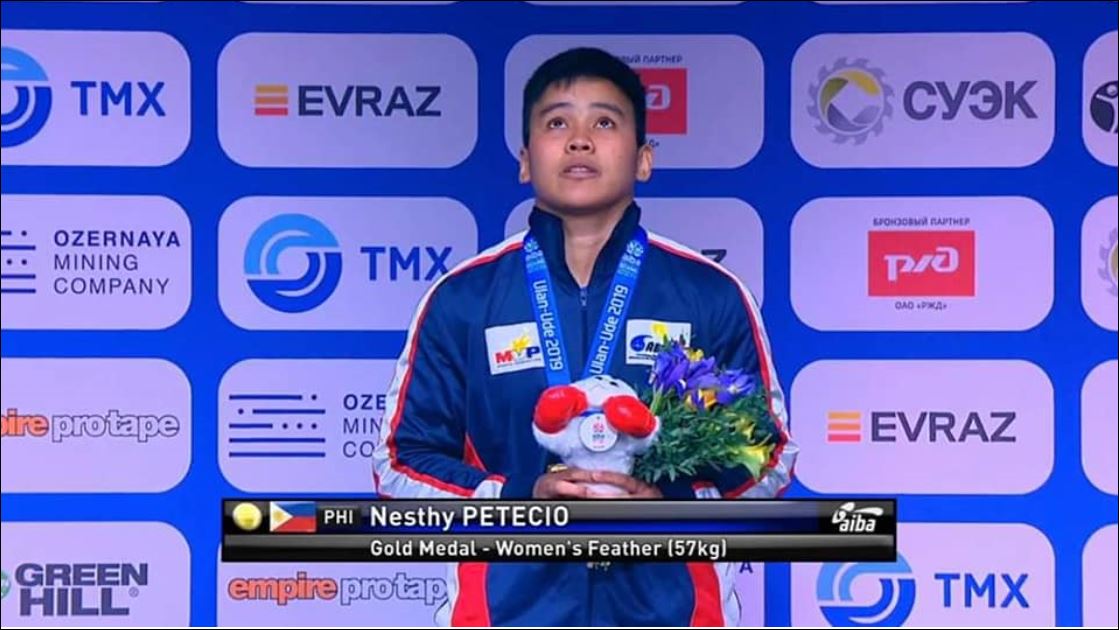 Nesthy Petecio is the new AIBA World Women’s Featherweight Boxing Champion after capturing the gold on October 13 in Ulan-Ude, Russia.

The 27-year-old champion from Davao went strong into the finals match after winning her fights against England, Japan, China, Bulgaria, and Brazil.

Nesthy Petecio is the Philippines’ 3-time Southeast Asian Games silver medalist who will again see action at the 2019 SEA Games. 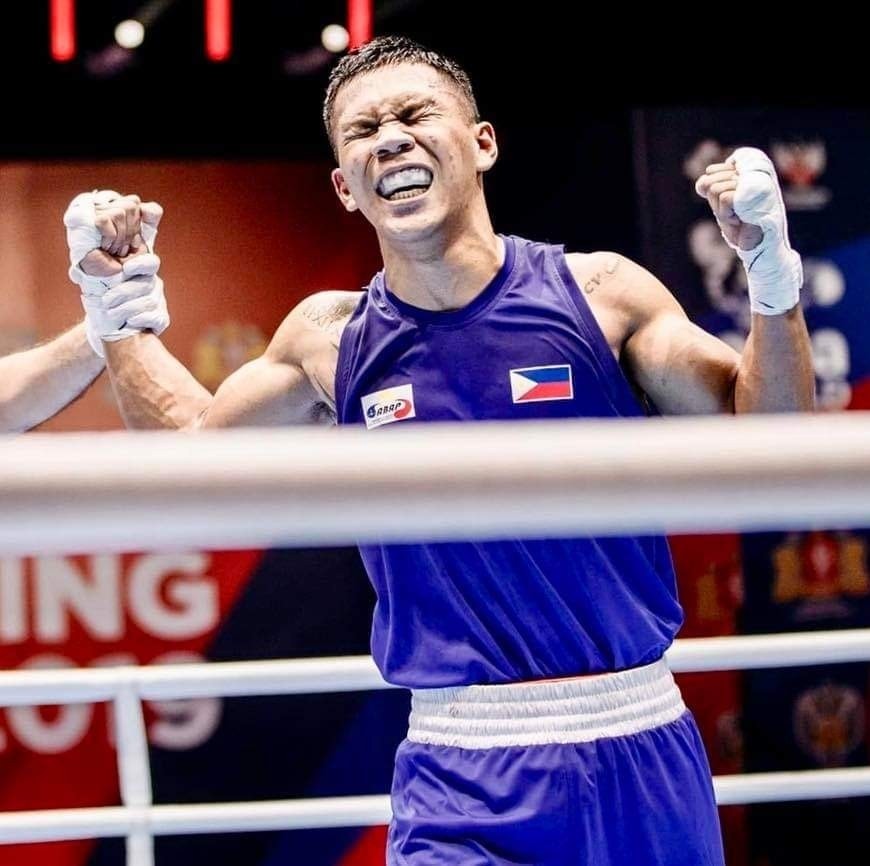 The 23-year-old Eumir Marcial of Zamboanga City is the only boxer from Southeast Asia to win a medal at the event.

The Philippine Air Force officer battled the favored Russian opponent for the World Champion title in the Middleweight (75kg) category.

Eumir Marcial will compete for the Philippines in boxing events at the SEA Games.

WATCH the five Filipino champions pledge their best fights for the nation in this video and SEND them cheers in the comments below!