Miag-ao in Iloilo province is hosting the largest diorama of the Battle of Mactan to mark the 500th anniversary of the Victory of Rajah Lapulapu against Magellan in 2021.

Work on the 50-square-meter diorama depicting the true events that transpired on April 27, 1521, that will be observed during the Quincentennial Celebrations in the Philippines in the year 2021, began in July 2020 led by the Sulu Garden Foundation.

The foundation has since trained young artists to learn miniature painting of 3-cm tall figures of Visayan warriors and Spanish Conquistadores designed by 3D artists and printed in its 3D printing facility.

A group of artists, historians, project planners, 3D artists, and support staff are together creating the diorama. The Spanish side of the conflict is being hand-painted by a miniature artist who recently retired from the Spanish military. Volunteers from the Philippine Army in Camp Monteclaro of Miag-ao are lending a hand in painting Rajah Lalapu’s warriors.

The target is to create over 5,000 miniatures to fill the diorama with the following: 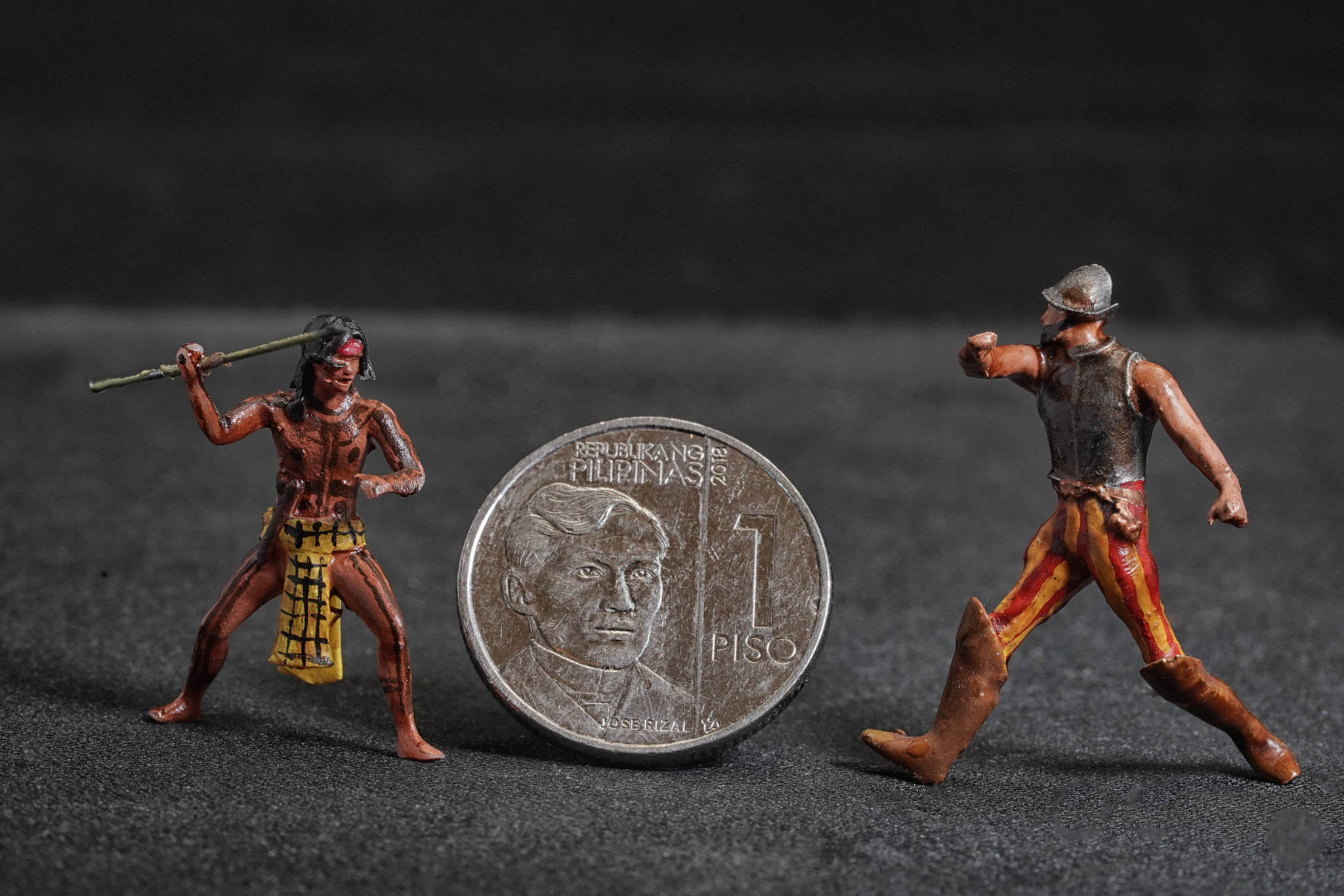 The designs and concepts were based on the recent book by Dr. Danilo Madrid Gerona entitled “Ferdinand Magellan. The Armada de Maluco and the European Discovery of the Philippines.” Dr. Gerona is the historical adviser on the diorama project.

“Our intention is to create a more visual, historically correct narrative of the true events that happened in this battle. Also, to evoke from the students and the general public a sense of being part of history that only a diorama of immense magnitude and detail may impart,” stated the Sulu Garden Foundation.

More information about how to volunteer to work on the diorama can be found on www.sulugardenfoundation.org and https://www.facebook.com/sulugardenfdn

The Philippines celebrated the Battle of Mactan quincentennial anniversary eve with a new Lapulapu portrait.

Lapulapu has also been included in the Paper Dolls series crafted for the Philippines’ Quincentennial celebrations.

SEND CHEERS in the comments below to the team behind Iloilo’s hosting of the largest diorama for the Battle of Mactan 500th anniversary.