Salonga confirmed on Monday her having been chosen to be part of the World Renowned Filipinos Living Legends Series 1 commemorative stamps.

“Yup, this is for real! I’ve been chosen to be commemorated on a stamp and postcards to celebrate the 75th anniversary of the first postage stamp in the Philippines! And I am in wonderful company! Huzzah!” posted the Disney Legend on her social media on November 8, 2021.

The Post Office has so far revealed six teasers for the 10 featured global Filipinos included in the upcoming collectible stamps scheduled to be fully revealed on November 13 at the Manila Central Post Office.

“This first series includes Filipino icons whose great performance in art, fashion, science, sports, and business touched the world. These Living Legends have brought genuine pride and honor to our people,” the Post Office explains. 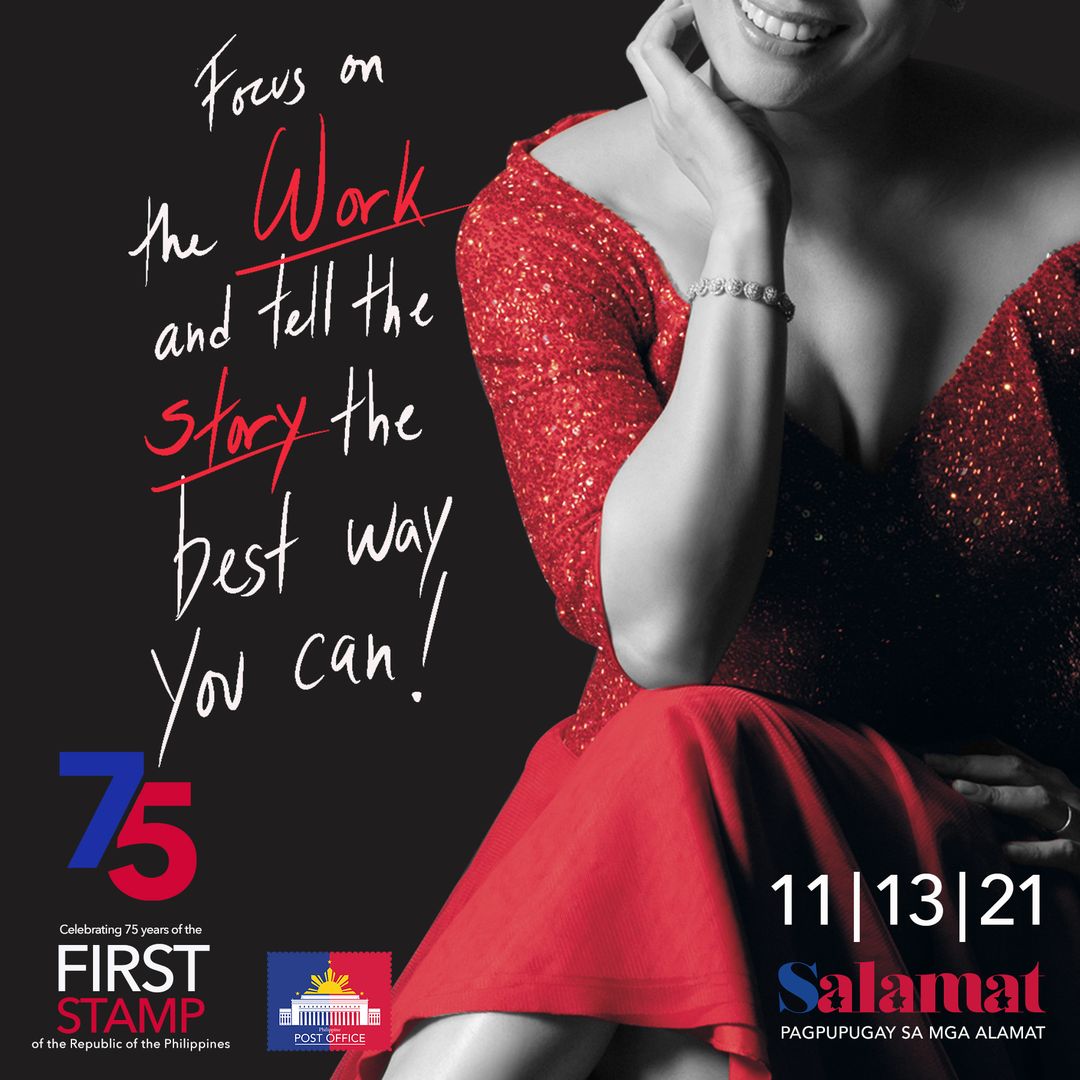 Stamps immortalize icons while connecting people across the world, and this Tony Award-winning Philippine actress and singer with a 40-year stellar international career is finally getting featured on stamps. Her message? “Focus on the work and tell the story the best way you can!”

Can you guess who this iconic Filipino is? The Philippine Postal Corporation (Post Office) shall issue stamps to tell her story, in line with Celebrating 75 Years of the First Stamp of the Republic of the Philippines. 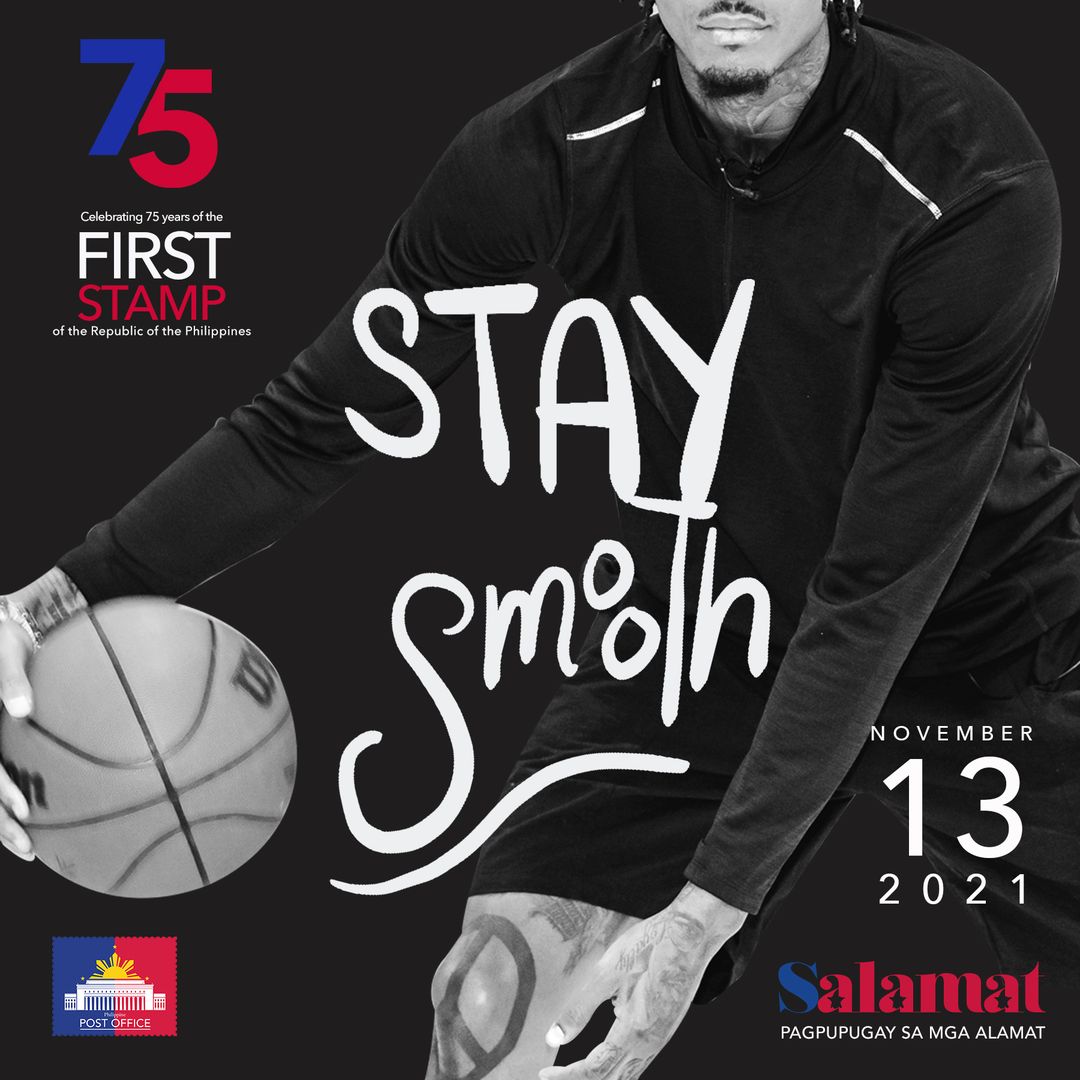 “Stay smooth” is the simple but meaningful mantra of the next person on the roster of Filipino icons.

He is a basketball player who is proud of his heritage and he has demonstrated his immense pride by playing for the national men’s basketball team, Gilas Pilipinas, at the 2018 Asian Games. The current NBA Sixth Man of the Year for 2021 will be featured on stamps we’re releasing for National Stamp Collecting Month. 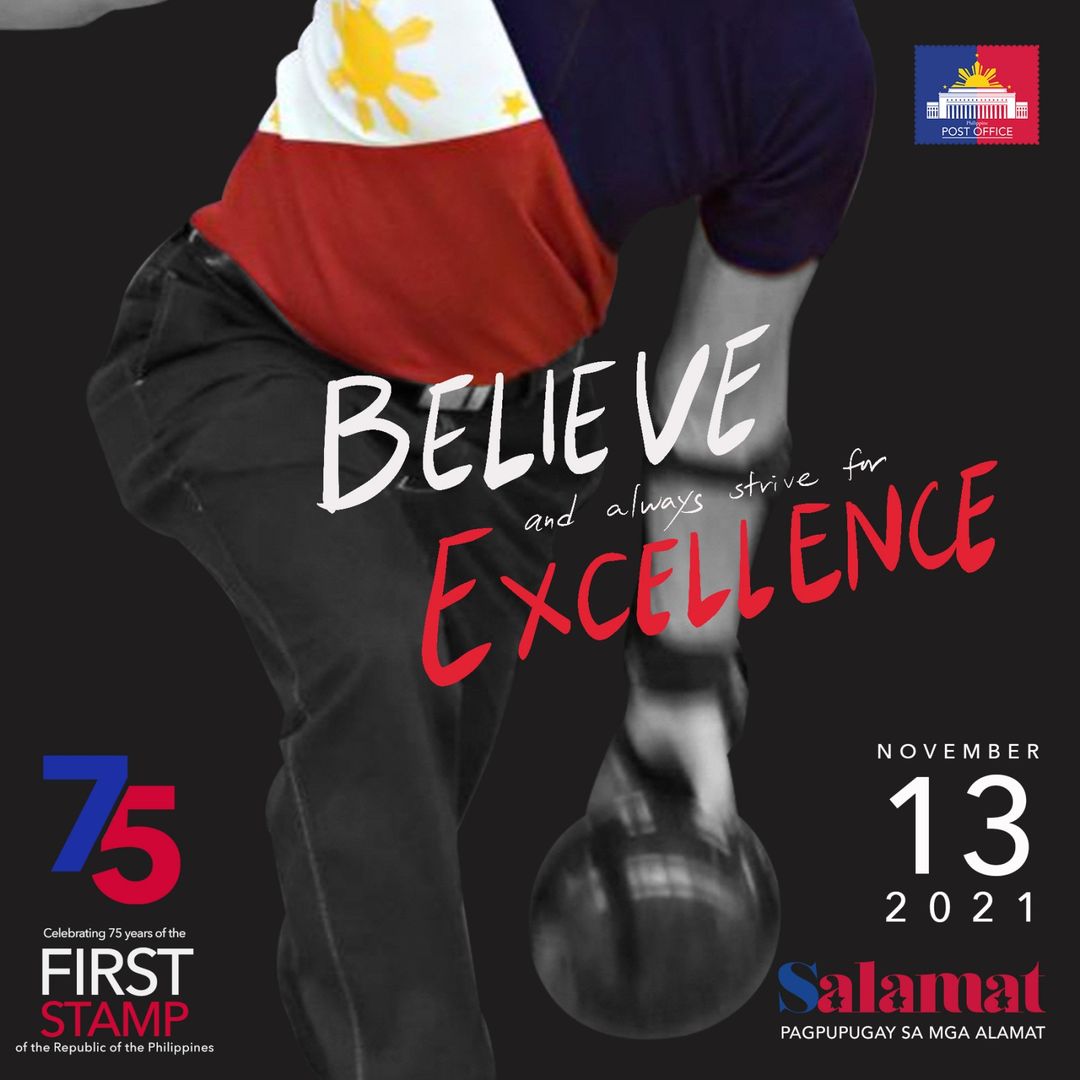 At 19, he became the youngest person in history to win the Bowling World Cup. He has been named the International Bowling Athlete of the Millennium and holds the Guinness World Record for the most tenpin bowling titles (at 133) in a career!

“Believe and always strive for excellence”, he says, on stamps that honor and immortalize his legacy. 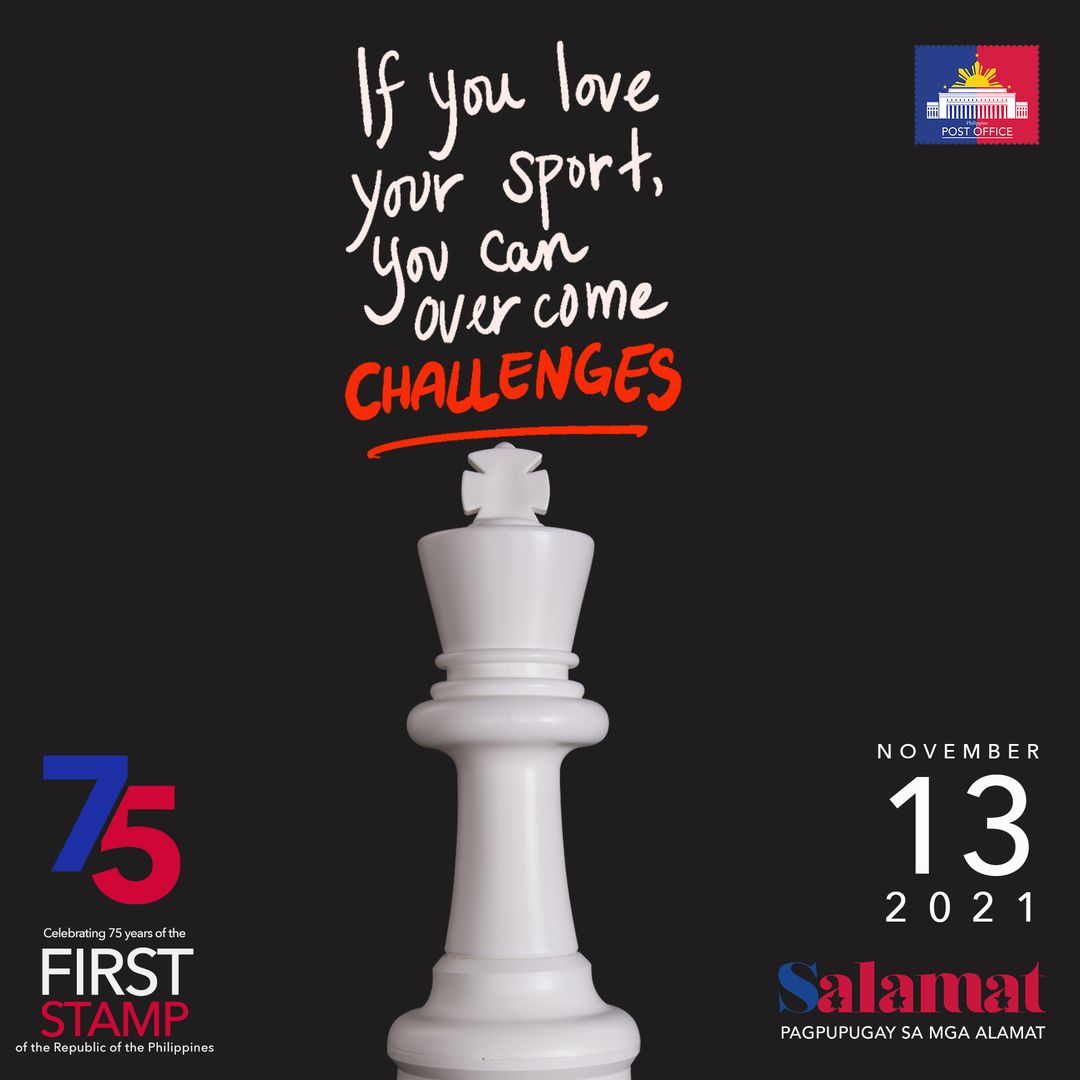 Today, he turns 70! If you know who this is, be sure to greet this #LivingLegend a happy birthday. He is one of the ten World-Renowned icons the Post Office will feature on stamps on figures who have fueled Filipino pride and proven that Filipino talent rises to the global standard. 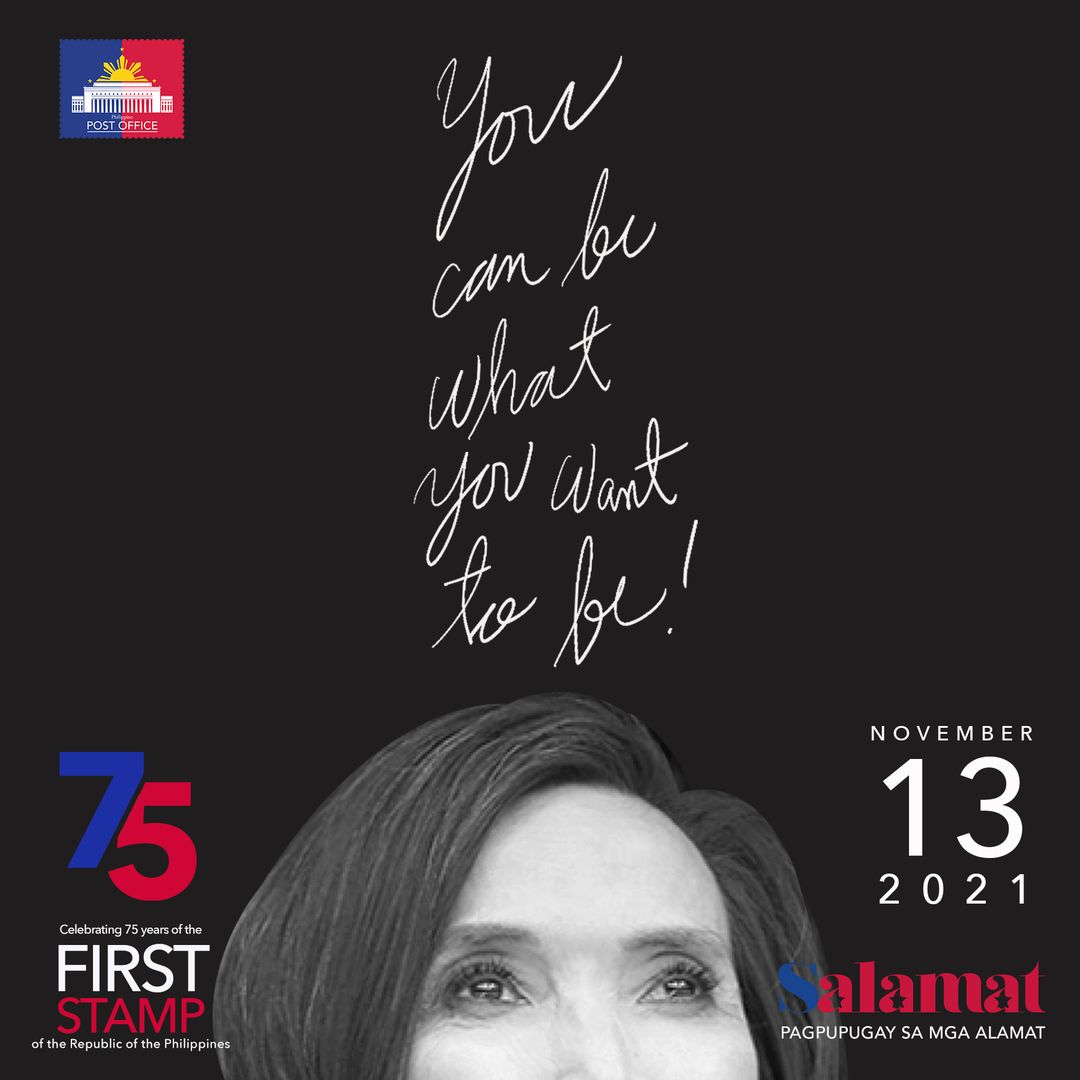 “You can be what you want to be” is an idea that fuels this great mind. This multifaceted Filipina performed a piano solo with the Manila Philharmonic Orchestra at age 9 and became the first female vice president of investment banking at Merrill Lynch.

Knowing no boundaries, she explored another field and now proudly flaunts Philippine culture through fashion design. For her success, she has been given the Galleon Award in 1988 and was conferred with the Order of Lakandula in 2007. The Post Office shall issue stamps honoring this internationally-recognized Philippine fashion designer soon! 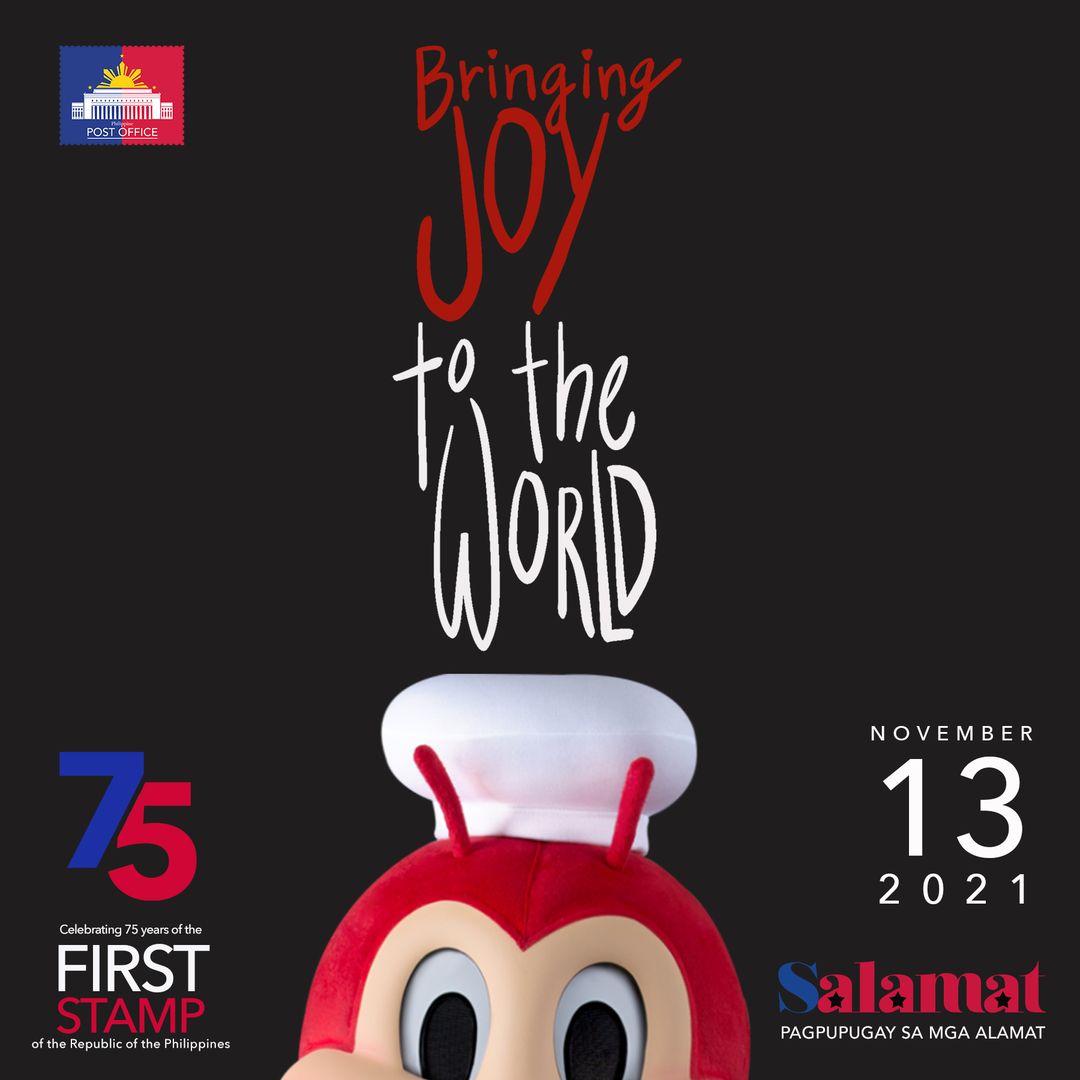 Kilala niyo ba siya? This fast-food giant first appeared in the mid-1970s. Within its first ten years, it started to lead the local scene, filling stomachs and touching hearts. For generations of Filipinos here and abroad, seeing this figure makes people happy, because it brings them a glimpse of home.

Soon, more people will experience how this familiar friend is sharing and “Bringing Joy to the World”!