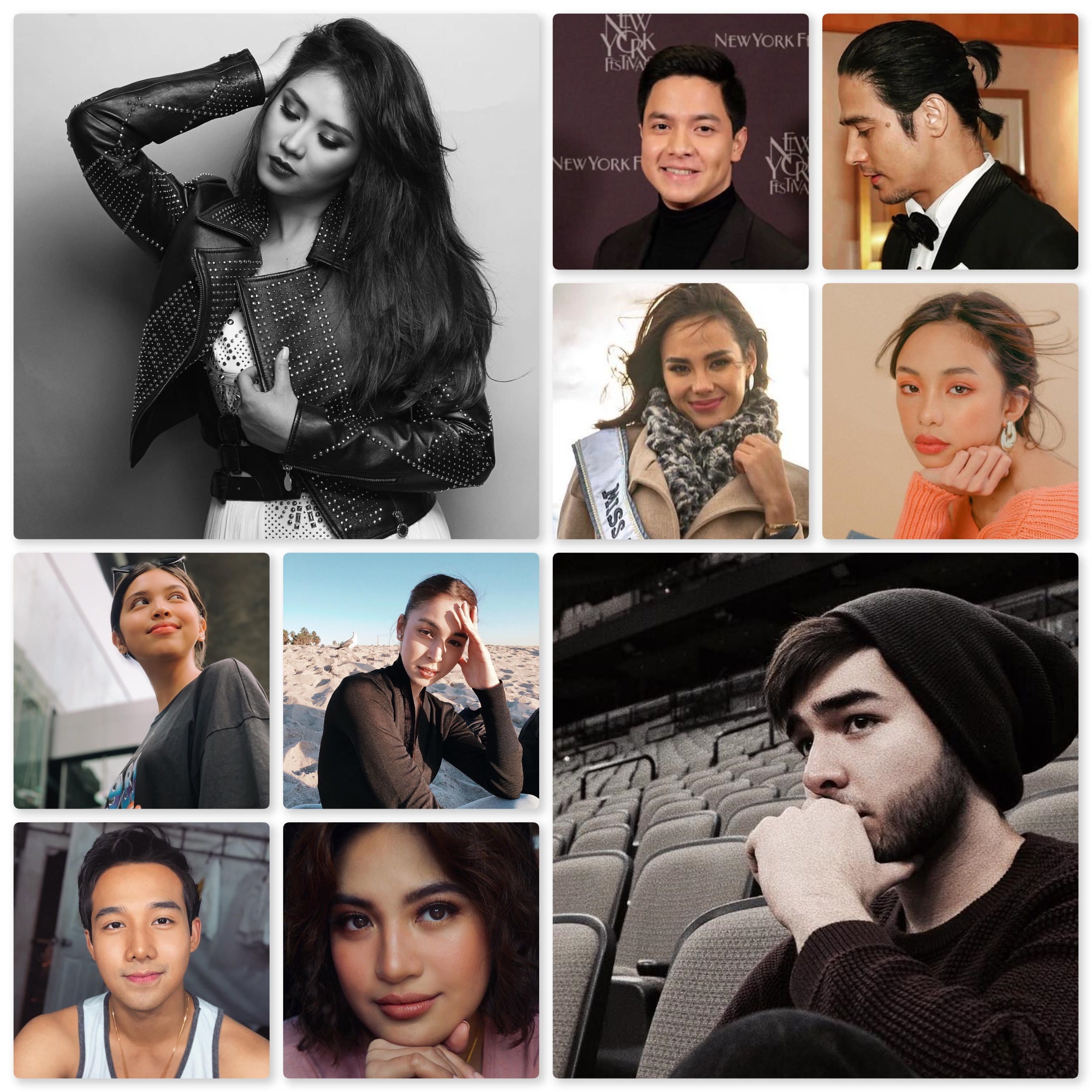 People commit to their New year’s resolutions after evaluating their lives and resolving to make a fresh start. The time calls for reconciliation, the healing of broken relationships, correction of past mistakes, and generally adjusting mindsets to look forward to the beautiful and positive plans for a more productive new year.

Setting goals at the start of the year and seeing them achieved at the end of the year give a sense of fulfillment and a moving forward towards better things.

But why do we generally just do our resolutions in the New Year if we can do it any time of the year? Creating a New Year’s resolution is an ancient tradition dating all the way back to the time of the Babylonians.

In their New Year celebrations, the ancient people “made promises to the gods to pay their debts and return any objects they had borrowed. If they kept to their words, their pagan gods would bestow favor on them for the coming year.” Ancient Romans and early Christians also had their own ways of creating New Year’s resolutions as part of their religion.

Today, New Year’s resolutions are no longer about making promises to the gods but to oneself – as a guide, a goal or target, and for self-improvement.

Filipinos who are known to be hopeful every new year also create New Year’s resolutions to improve their lives. In fact, based on 2017 Social Weather Station survey, 46 percent of Filipino adults said that they list down their new year’s resolution. Others create vision boards to clearly “visualize” their targets and to easily check if they are achieving them.

Local celebrities have already set their goals for 2019 and shared their New Year’s resolutions on the social media and in interviews, probably hoping that their supporters can use the same as motivation to make themselves better this year.

Here are some of our local and international celebrities sharing their 2019 new year’s resolutions:

Actor Andre Paras’ new year’s resolution is focused on health and about wanting to go to bed earlier than usual. This also means few or zero “night life” for him.

“I will focus more on being healthy by always sleeping early, so I can go to the gym. And limit myself from going out and sleeping late.”

The actor is the eldest son of former PBA player Benji Paras and actress Jackie Forster, and brother to rising basketball superstar Kobe Paras who is now part of UP Men’s Basketball Team, the 2018 GNP Filipino Pride Icon.

Ken Chan is busy with his “My Special Tatay” TV series and other projects. No wonder his goal this new year is to have an eight-hour sleep daily.

“Ang New Year’s resolution ko ngayong bagong taon (ay) matulog ng 8 hours kung kakayanin. 8 hours a day. Dahil ang dami ko nang kakilala na hindi nakakatulog ng 8 hours a day and na-o-ospital sila. And ayoko mangyari sa akin ‘yon. So, gusto ko alagaan yong sarili ko. Mahal ko ang sarili ko. So mahalaga na matulog ng walong oras sa isang araw. (My new year’s resolution this 2019 is to have, if posible, 8 hours of sleep a day. I know a lot of people who don’t get enough time to sleep and they got hospitalized. I don’t want that to happen to me. I want to take care of myself. I love myself so it is important to have 8 hours of sleep).”

Ken Chan is one of the 2018 Walk of Fame inductees awarded in ceremonies held in Eastwood Central Plaza where he received his star from the German Moreno Foundation for his contribution in the Philippine TV industry.

Inner peace is Julia Barretto’s wish for 2019. In her Instagram post, the actress wrote: “New year’s resolution: inner peace,” as her caption.

Julia Barretto is also one of the inductees in the Walk of Fame ceremony in Eastwood Central Plaza for her contribution in the Filipino movie industry.

Maymay Entrata’s goal this year is to have more time in honing her skills.

Entrata made history last year as the first Filipina to be invited to walk in the Arab Fashion Week runway in Dubai.

Asia’s Pop Sweetheart Julie Anne San Jose is confesses she is not good in fulfilling her New Year’s resolutions but has a different approach in making herself better.

“I’m really bad at New Year’s resolutions. But I just want to tell myself that I’ll be better (next year.) I’ll be a better person, I’ll be a better individual keysa doon sa nakaraan taon (than last year), and the previous years.”

Julie Ann San Jose represented the Philippines in 2017 at the 12th International Song Contest: The Global Sound which earned her a silver award for the song “Tidal Wave.”

Miss Universe Catriona Gray described 2018 as one of “craziest, rollercoaster years” of her life. It was the year she crossed over beauty pageants – from Miss World Philippines to Binibining Pilipinas – and was hailed as the first Filipina to have represented the country in two of the biggest beauty pageants in the world.

She shared her New Year’s resolution in an interview with Mega Magazine a few weeks before she was crowned Miss Universe in Bangkok in December.

“My new year’s resolution would be to be more present, to really enjoy every single moment, and to take more photographs. I really just let everything pass by and it is really nice and sentimental to keep keepsakes for yourself.”

The 4th Miss Universe from the Philippines has moved to New York to fulfill her duties and is now doing the rounds of various media engagements.

The country’s pop sweetheart Sarah Geronimo aims for a better and healthier body this 2019. In one segment of sunday variety show ASAP, the singer shared that she would like to have a fit lifestyle she wanted even before.

After the successful movie run of the Filipino adaptation of Miss Granny, Sarah Geronimo is set to make another movie this year under Viva Films at The Idea First Company of award-winning filmmakers Jun Lana at Perci Intalan.

Love life is what Piolo Pascual’s New Year’s resolution is about as he shared on ABS-CBN’s Sunday noon time show ASAP.

Pascual is now working on his upcoming movie “Children of the Lake” which is about the siege of Marawi. It was reported that he waived his talent fee for the movie which was set to release this year in time for the Marawi siege second anniversary.

Maine Mendoza moved away from “toxic energy” as she welcomed 2019 with positivity.

In her Instagram post, she wrote, “2018, you have done me so well. Took all the lessons learned from my mistakes and difficult times last year to make 2018 one of the best, most memorable years yet. I am happier now than I have ever been and am incredibly blessed with so many wonderful things — from the very start of the year until today.

Couldn’t be more grateful for everything! I am just so so glad to have finally moved on from the toxic energy and people that used to drain me – the best realization and resolution still. Cheers to a great year! And may we always find the courage to let go of what’s weighing us down. Hoping 2019 is even more exciting and fruitful for all of us. Happy New Year, everyone!”

She ended it with, ““Don’t stay where you are needed. Go where you are loved,” quoted from international author Lang Leav who acknowledged Mendoza as an inspiration to all women.

Mendoza made it to the top of two GNP Top 10 Yearender lists: for Positive Action, for selling some of her personal items to raise funds for AlDub scholars; and as one of the Best Filipino Pride Icons – together with her Aldub partner Alden Richards for their world record Twitter achievement through the use of #AlDubEBTamangPanahon.

“Pambansang Bae” Alden Richard shared his New Year’s resolution which focused on physical fitness and is now aiming for, not just six, but eight pack-abs.

The 2018 GNP Filipino Pride Icon is also hoping to have a love life this year and mentioned the qualities he is looking for in a girlfriend.

“Somebody who possesses the qualities I am looking for… It doesn’t matter if she’s showbiz or non-showbiz, at ’yung looks ay bonus na, as long as she’s understanding at maiintindihan niya ang gusto ko (she would understand what I want). But at this time, it’s hard to find one like that.
Sana this 2019 magka-lovelife na ako. (I hope this 2019 I would have a love life).”

Alden Richards also made it to the two of GNP 2018 Yearender lists. Aside from being included in the Filipino Pride Icons for 2018 with Maine Mendoza, he also made it to Top 10 Triumphant Stories of Filipinos for 2018 for winning international awards for his role in “Alaala” Martial Law Special of GMA 7.