The United Nations Sustainable Development Goals (UN SDG) logo has been created as a giant solar artwork using 1,800 solar lights and switched on by Filipino solar energy champions on top of the Makati City Hall to mark Earth Hour in the Philippines and the UN’s 75th Anniversary.

The Philippines’ grassroots movement Liter of Light’s new solar art installation was revealed on March 27, 2021, during the annual environmental campaign that encouraged millions around the world to switch off their lights in support of nature and the planet.

The large-scale solar artwork featuring the Sustainable Development Goals (SDGs) of the United Nations was created from the hand-built solar lamps by the residents of San Lorenzo in Makati who accepted the Light it Forward Challenge, an award-winning video campaign that provides solar lamps to off-grid communities in the Philippines. 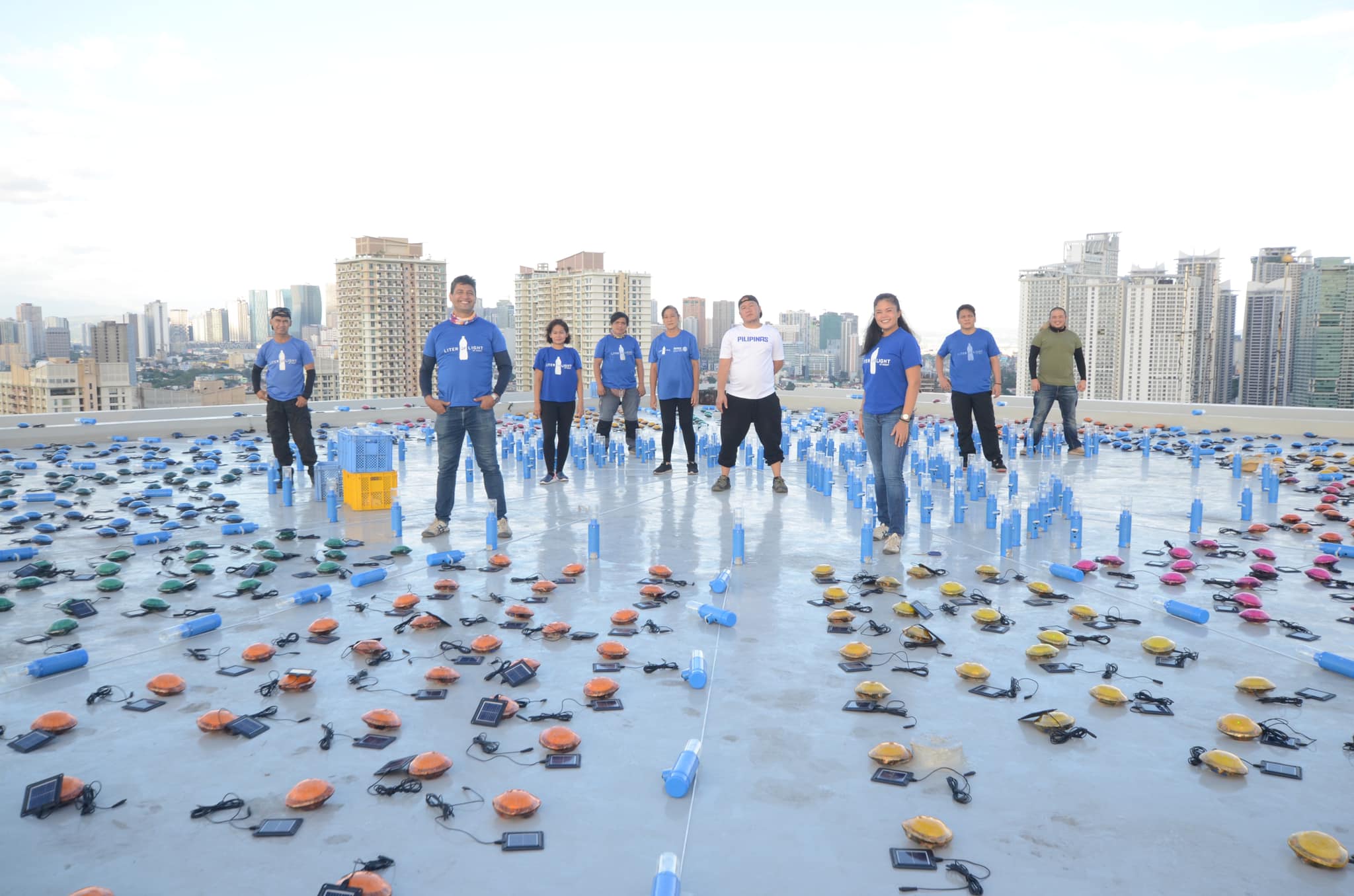 The viral social media challenge also carries the call for Filipinos to be climate heroes during this time of pandemic to help future-proof the world for the next generation.

Liter of Light founder and solar artist Illac Diaz said that the event aims to showcase how the Philippines plays a leading role in achieving the UN SDGs.

The unveiling of the solar art display in celebration of the Earth Hour and the United Nation’s 75th Anniversary was joined by the Rotary Club of Makati Business District of D3830 led by Charter President Mache Torres – Ackerman and the Makati City government led by Mayor Abby Binay. 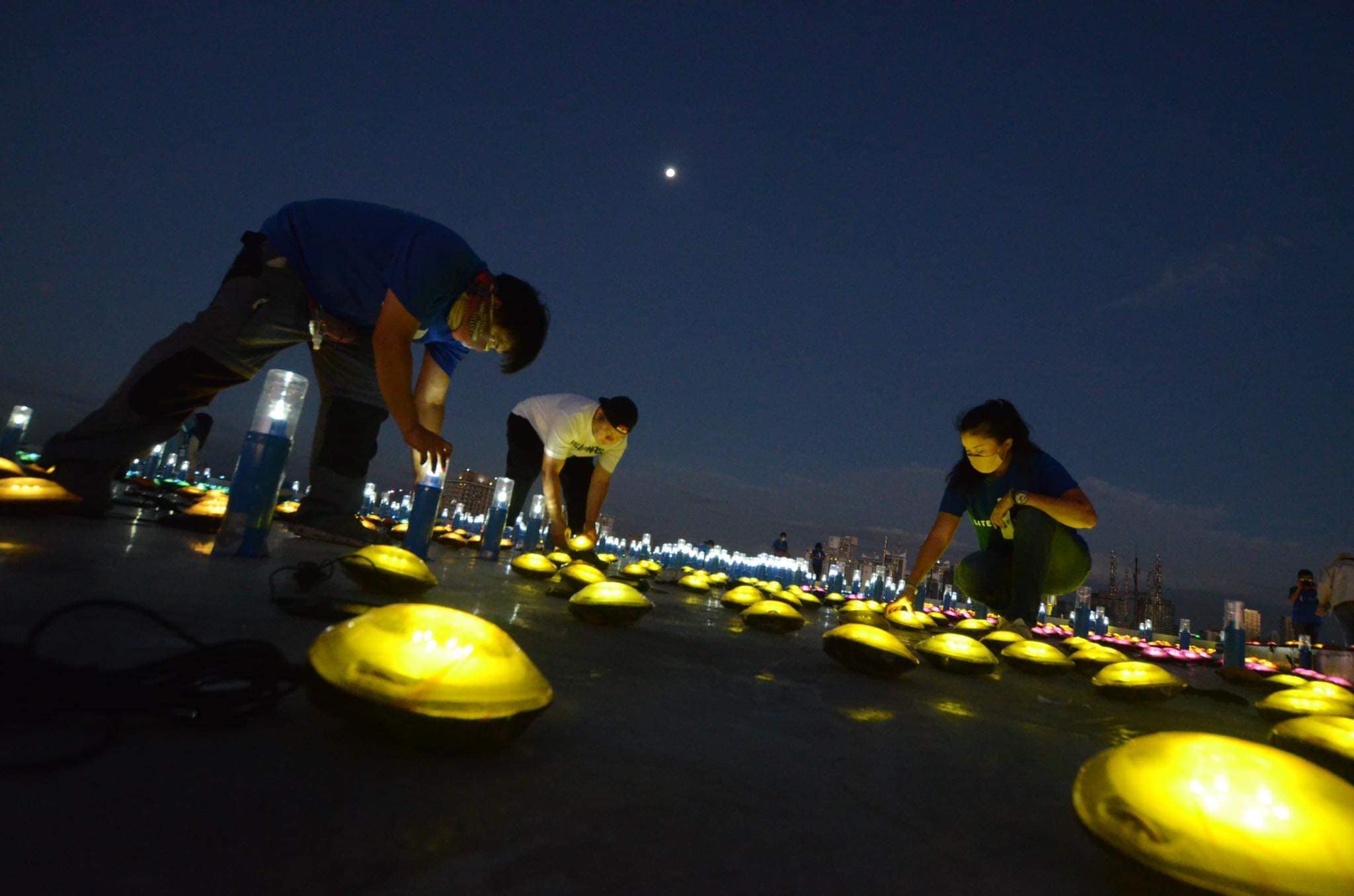 Filipinos, including celebrities, have volunteered to become solar engineers for the Light it Forward campaign by purchasing solar lamp kits and hand-assembling solar lamps since July 2020.

Light is Forward is a challenge to hand-build a solar lamp for 20-30 minutes. The solar lamps built by the challengers are donated to homes without electricity, changing Filipino lives for the better.

The Liter of Light organization is behind the large-scale solar artworks in the country including the Philippine flag giant solar light display on Bonifacio Day, the world’s largest Jose Rizal solar portrait in Luneta Park, the World’s Largest Solar Rosary for Healing, and the Quincentennial Commemorations of the Philippines’ 500 years logo solar art installation. 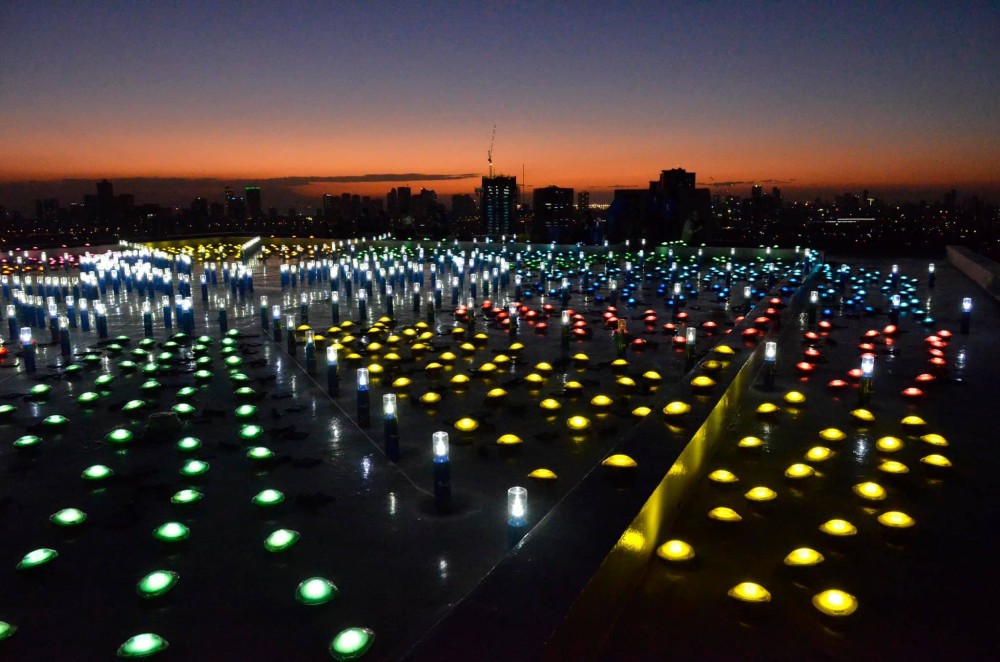 SEND CHEERS in the comments below to Filipino solar energy champions led by the Liter of Light Foundation for creating the United Nations Sustainable Development Goals (UN SDG) logo giant solar artwork using 1,800 solar lights to mark Earth Hour in the Philippines and the UN’s 75th Anniversary and WATCH the solar logo come to life here!