The Philippines is the first Southeast Asian nation to be given the spotlight at the celebrated Guanajuato International Film Festival (GIFF) in Mexico, marking another milestone for Philippine cinema’s 100 years anniversary.

The focus on Philippine cinema at the 22nd GIFF will run until July 28.

The biggest and most celebrated film festival in Mexico launched the 2019 Spotlight Country featuring renowned Filipino film industry personalities such as award-winning director and auteur Brillante Mendoza, Ed Lejano, and Nick Deocampo who served in the Jury.

One of Philippine cinema’s finest award-winning actors Bembol Roco, who also starred in the feature film “Maynila sa Mga Kuko ng Liwanag,” was the Guest of Honor for this year’s GIFF.

Philippine National Artist for Film and Father of Philippine independent cinema, Kidlat Tahimik, was given an international tribute alongside American and British film directors Gus Van Sant (Good Will Hunting) and Terry Gilliam (The Man Who Killed Don Quixote) for their notable contribution to the cinema. 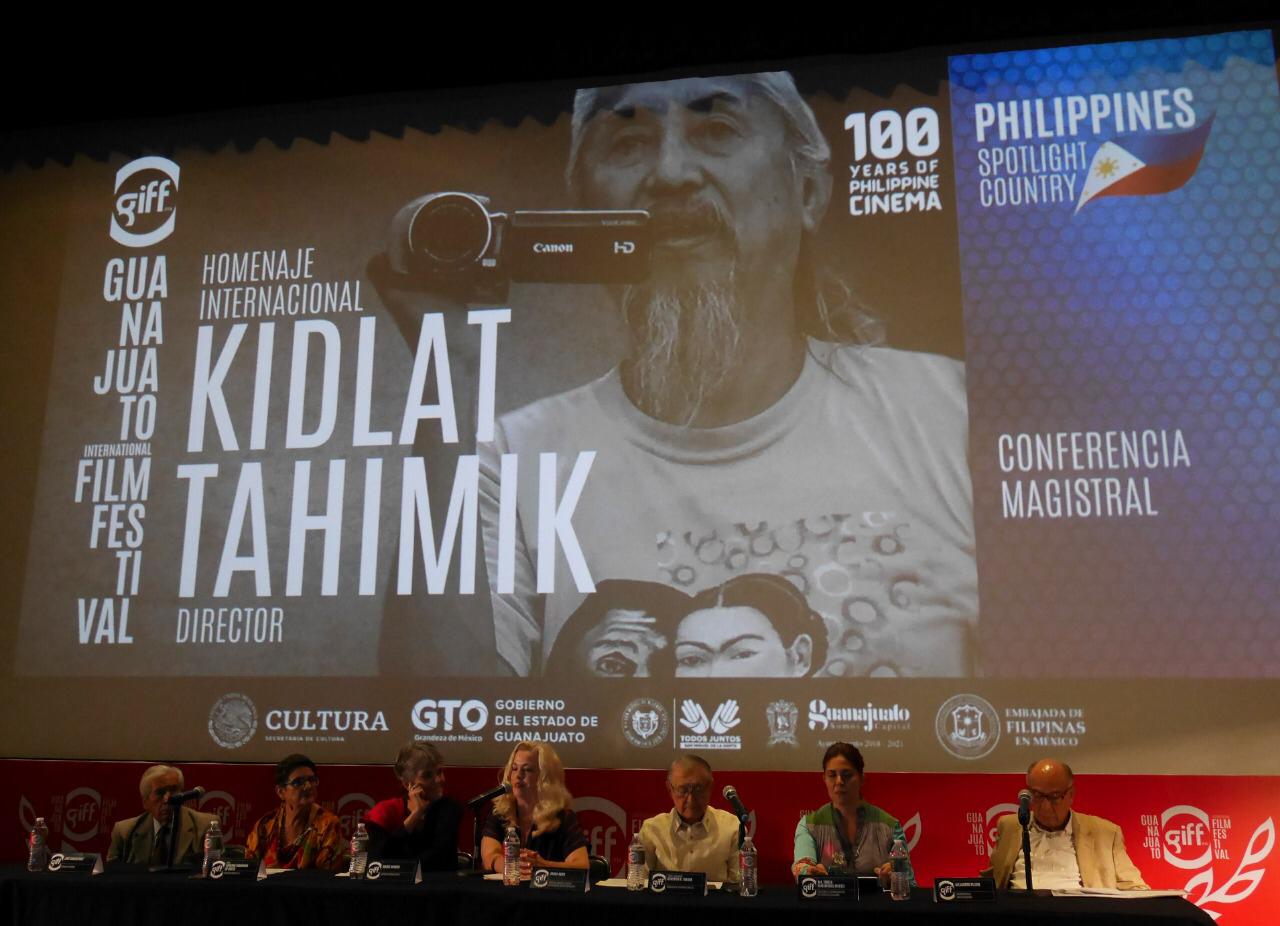 Philippine Ambassador to Mexico Demetrio R. Tuason spearheaded the Philippine Spotlight Program and the Philippines’ Guest Country participation at the GIFF, in partnership with the National Commission for Culture and the Arts (NCCA), Department of Tourism (DOT), Tourism Promotions Board (TPB), ABS-CBN Films (Star Cinema), Cinematografo, and the Film Development Council of the Philippines (FDCP).

“It is a great honor and perfect opportunity to bring the best of Philippine cinema and our culture to Mexico, a country which we share a long history with. FDCP is pleased to spearhead the participation of the country at such a big film festival,” FDCP Chairperson and CEO Mary Liza Diño said.

The 30 GIFF featured films from the Philippines are comprised of the following:

As the country of focus at the Latin-American film festival, the Filipino culture was not only celebrated through the film showing but also through other activities such as conferences, forums, masterclasses, a concert, and a dinner.

Now on its 22nd run, the GIFF continues to offer a diverse selection of screenings, conferences, and other activities that bring international film industry professionals together for networking opportunities.

SEND cheers in the comments below for the 22nd GIFF organizers for marking 100 years of Philippine cinema!