“Why do you spend so much!?”
“Don’t you know how to save?”
“Who will pay for your credit card expenses?”

It’s no secret that arguments about money are the ones that usually bring marriages to an end. It’s no wonder that financial problems are the leading cause of divorce in most countries and separation of married couples or annulment of marriages here in the Philippines.

What most couples did not know or did not pay attention to is that these issues can actually be addressed as early as even before saying their “I do’s”.

1Yours, Mine and Ours.

Some couples, especially those who are both working and earning money, can’t agree on certain financial issues and responsibilities, thus, they resort to splitting these financial obligations. For instance, the wife spends for the groceries and home bills while the husband pays the bigger chunk such as the mortgage and the children’s school fees – depending on their agreement, many couples do this strategy.

Couples owe it to themselves to discuss such an arrangement well before it can kill their marriage.

From unpaid credit card debts that you’ve acquired while you were still single to a car or school loans – all forms of debt need to be discussed with your spouse or soon-to-be-spouse. If one of you has more debt than the other, sparks can literally fly when you begin discussing spending, income and yes, debt management.

So do yourselves a favor and take time to talk about the debt before it can destroy your marriage.

This often occurs when one spouse has a higher-paying job compared to the other. Or when one spouse is not bringing money to the table. When this type of situation is present in a marriage, the one who earns money often wants to control or dictate the spending priorities.

And while there is a very reasonable rationale behind this, it is still vital that both spouses work and cooperate as a team. A joint account provides transparency and access which can help prevent insecurities that can lead to the destruction of your marriage.

CHECK THIS OUT: How to be a business partner with your spouse

One’s personality plays a huge role in marriage and finances. They say that in a marriage, one is a saver and the other a spender. Do you agree? If so, which one are you?

It is very important to know what your money personality is as well as your spouse’s so you can discuss these differences and find ways to balance it.

SEE: How to honor and respect your spouse

The decision of whether or not to have kids or the number of kids you already have also contributed to money issues that a couple faces. It is important to discuss with your spouse your plans, specifically that which involves children. After all, having kids is a great responsibility that will eat up a chunk of your money as a married couple.

LEARN MORE: What to teach kids

Have you and your spouse had discussions about money-related issues that might cause strain on your marriage?

How do you usually start a money-related conversation with your spouse?

Does discussing these issues help or cause further arguments between the two of you?

I do believe that prevention is better than cure. If you want to avoid stress with your finances. Please join me at my online course “Happy Wife, Happy Life” at chinktv.com 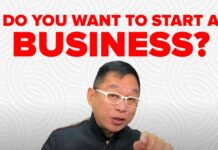 To All OFWs, Try These Business Ideas While Working Abroad! | Chinkee Tan 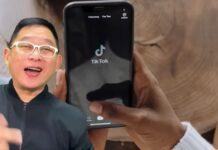 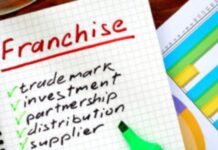