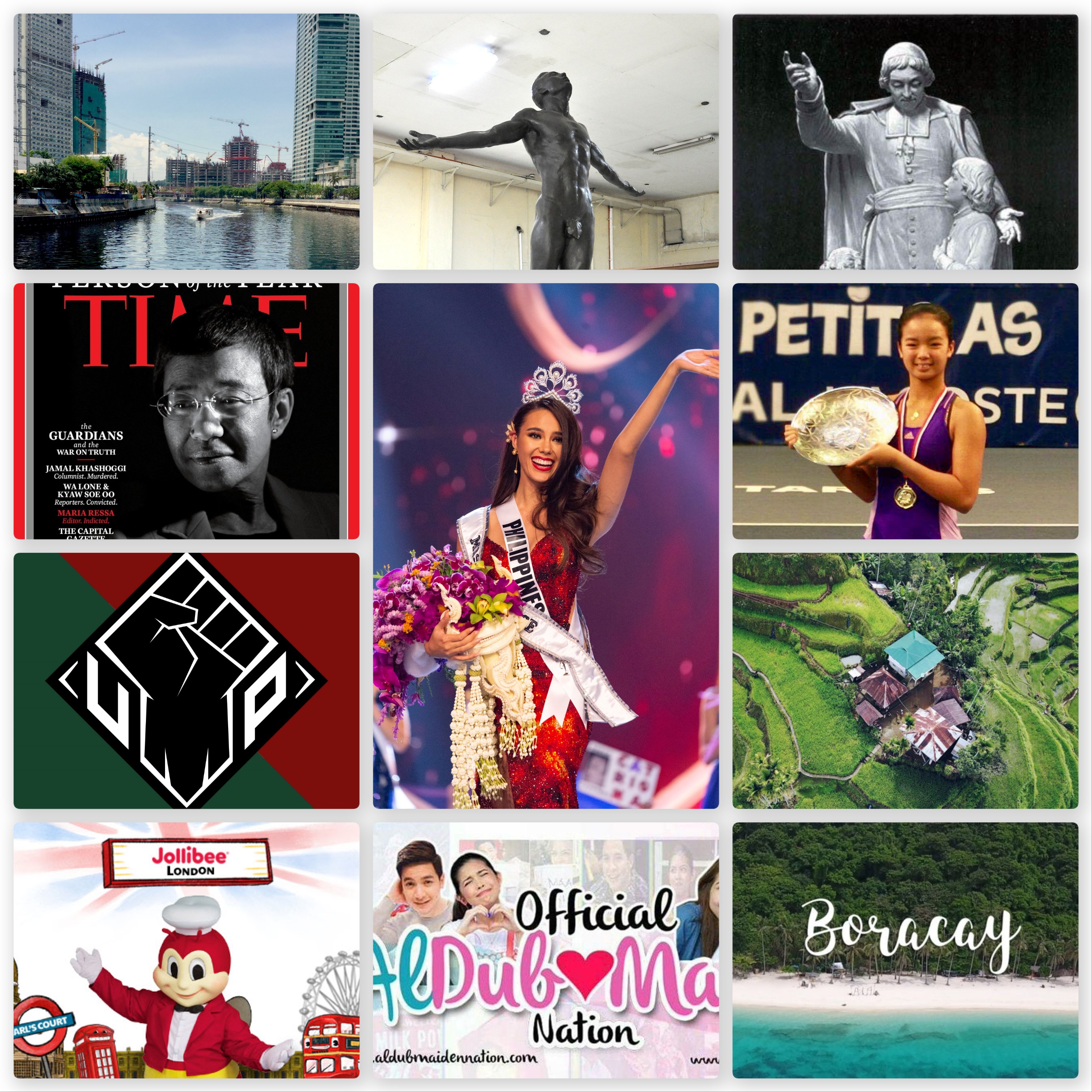 The Filipino pride is nourished by stories of inspiration, triumphs, and positive action. The people’s positivity and determination to rise above challenges is iconic.

The year started off with a record high 96% of Filipinos welcoming 2018 with hope, based on the Social Weather Stations (SWS) yearend 2017 survey. The positive disposition was confirmed by Gallup International’s annual global poll which ranked the people of the Philippines as 3rd happiest, most optimistic in the world with 86 % of Filipinos saying they were happy.

The successes achieved by the Pasig River rehabilitation project which started reviving the “dead river” in the 1990s resulted in international recognition from river management experts. The Pasig River Rehabilitation Commission received the 1st Asia Riverprize in 2018, besting China’s Yangtze River in proving what the Filipino people can do together.

9UP AND DLSU WORLD CLASS EDUCATION

The country’s national university, the University of the Philippines, and private Catholic institution, De La Salle University, were ranked together with the top 1000 higher education institutions across the world, pumping up academic and alumni community pride in the country’s education offerings.

World-famous Boracay beach was closed for rehabilitation and reopened 6 months later to the jubilation of not just the international tourists, but local tourists and businesses as well. The tourist destination recovered its powdery white sandy beaches and pristine waters which gave it the reputation as the World’s Best Island, ranking as one of the Top 3 islands in Asia despite the issues and closure. Truly, no one can put down the Filipino for long as Boracay has now become the country’s showcase for environmental sustainability.

The renowned staircase rice paddies in Northern Philippines made a surprise appearance at the final scene of the hit Hollywood movie “Avengers: Infinity War” as Thanos was seemingly at peace and contemplating amidst the serene surroundings. Speculations flooded social media before the film production company confirmed the Philippine location of the movie scene. Filipinos were hyped and pumped up by the feature of the country’s heritage site.

Filipinos in London and New York lined up overnight for the opening of Jollibee stores just to have a taste of the homegrown restaurant chain’s Chickenjoy and Jolly Spaghetti. The news spread everywhere, prompting OFWs and migrant Filipinos to ask for stores to be opened in their localities.

2018 was Alex Eala’s year, starting with an impressive win by the teenage tennis champion at the Les Petits As-Le Mondial Lacoste Girls Singles Championship Match in France, getting proclaimed ITF Asia champion, and successively winning international and local matches. The young tennis star made Filipinos proud with her legacy in international sports history.

The phenomenal love team of Maine “Yaya Dub” Mendoza and Alden Richards a.k.a. AlDub secured the all-time Guinness World Record for the Twitter hashtag #AlDubEBTamangPanahon. The usual Facebook-loving Filipinos went on Twitter during the benefit concert of the Eat Bulaga tandem in October 2018, breaking the record of the 2014 FIFA World Cup semi-final match between Germany and Brazil. Twitter has also recognized Maine Mendoza as the most tweeted Filipino celebrity.

The University of the Philippines Men’s Basketball Team Fighting Maroons went from being perennial cellar dwellers to silver medalists at the 81st UAAP season. On their way to the finals, the UP ball club unified the state university’s alumni and community in a rally to overcome funding and logistical difficulties which could not match the training support provided to their private school rivals. The Cinderella story tugged at the heart string of the basketball-crazy Filipino public which could relate to the struggling underdog’s experience and rejoiced with the story of triumph.

Maria Ressa is TIME Person of the Year 2018

Filipino journalist and Rappler chief Maria Ressa received multiple recognitions from international organizations for her principled fight for press freedom and democracy in the Philippines. After receiving the Golden Pen of Freedom award and the Gwen Ifill Press Freedom Award, Ressa became one of the 4 awardees of the TIME Person of the Year recognition for journalists who guard the truth and democracy. Ressa again raises the Philippine flag at the Times Square New Year’s Eve Ball Drop when she represents the country’s journalists in the spotlight on stage together with 10 other international journalists and the Committee to Project Journalists.

The year ended with a bang as Filipinos around the world rejoiced over Catriona Gray’s winning the 4th Miss Universe title for the Philippines. The nation is still excitedly talking about the overwhelming triumph by a beauty queen who won the crown on a platform of positivity and action to inspire, educate and care for Filipino youth.